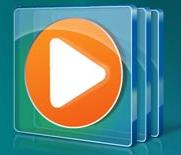 Just because I have been wanting these in an easy to access place, I thought I would post this on my own site! Thanks to Major Nelson’s various blog posts and the Mobile compatible joy that is Xbox.mobi, there are a few ring tones and sound effects you can completely customize your cell phone with. Or maybe just your Windows sound scheme. Why not have the Achievement Unlock sound play every time you boot up?

Because of the difficulty that can be had tracking some of these files down as the internet changes, I thought I would bring these glorious sounds all to one place. Customize your devices to your hearts content with several well known Xbox 360 related sounds (in as many already-available formats as I could find).