Back in May, the story broke that Google had… let’s say “accidentally” captured data from home and business wifi networks. As the “street view” camera cars drove around and mapped a few things, Google admitted they ‘may’ have captured some data from wifi networks in the area. Google had originally said that only data from unencrypted networks and hot spots were captured, and that, according to PC Magazine: “A Google spokesperson said the Street View cars have been collecting the information since 2006 in more than 30 countries… [Google’s Alan Eustace said] ‘As soon as we became aware of this problem, we grounded our Street View cars and segregated the data on our network, which we then disconnected to make it inaccessible.'”

Many, many people have said over and over that a computer can only do what it’s been told to do, and that “mistakes” of this nature don’t happen – and certainly would’ve been noticed more than 4 years ago. If you capture data from wireless networks, you’re going to see a large amount of data – much more than the standard photo data. Someone had to have noticed this. But, fine, whatever. Let’s all accept that Google made a mistake. No harm, no foul, right? So we thought.

Google recently admitted that they may have captured more than just ‘bits and pieces of data’ but entire emails, personally identifiable email address, and even passwords. It’s not the “admission” of this that’s bothering me, it’s the fact that GOOGLE IS STILL ANALYZING THE DATA THEY CLAIMED THEY HAD ACCIDENTALLY CAPTURED! ARE YOU KIDDING ME? Stop it! Stop looking at it! Delete it! Demagnetize then shred the hard drives! Lose the data, my data, anybody’s data – four years and 30 countries with of data!

The fact that people are reporting on this, and overlooking the fact that Google is clearly harvesting this data like any other search data that people come to their website and give them or agree to the Terms of Service in their GMail account is absurd! More journalism and technology outlets need to condemn Google’s actions, not just report on them. It is unacceptable that Google is treating this data like anything else in their possession when it was obtained, if not illegally, certainly questionably. Why aren’t more people reporting on that side of the story? I can only assume nobody wants to anger the big machine – but I hope that someone notices what I’ve noticed, and takes Google to task for it.

So in the last 24 hours, we got an announcement about how the HP Slate is finally considered “real” – and that it’s going to cost almost eight hundred bucks. We also recently heard that Samsung’s new Galaxy Tab will be sold at the $600 price mark.

It’s a fundamental fact of hardware sales that you need to be willing to lose some money to get your product “out there.” The problem is companies like HP and Samsung can’t afford to do that. It’s not that they don’t have money in the bank to take a few quarters of losses; the problem is if they do lose money, they have no way to make it back.

In 2008, Sony admitted losing $130 on every PlayStation 3 console sold – and analysts thought it could be much more than that. Even earlier this year, we learned that Sony was still losing $18 for every PS3 sold. It was estimated by BusinessWeek that Microsoft was losing in the neighborhood of $125 on every Xbox & Xbox 360 sold. We have no idea how much the iPad costs to make, and how much money Apple is losing by selling their lowest end model at $500.

Some of you are thinking I’m crazy, wondering why on earth anybody would sell a product they’re going to lose money on. Because they can make it back with services they bundle. When Microsoft launched the original Xbox, it was more of a marketing ploy to lose money – and hope to make the money back by selling games and software licenses. With the PS3 and Xbox 360, they have great money making services like the PlayStation network and Xbox Live to make them money hand over fist. Even the Apple iPad has the App Store.

But what about Slate, Galaxy Tab, and all of the others trying to get in to the market? They will fail. You can’t take a loss when you sell a product like those, because you’re going to be using Google’s “Android Market.” That money goes to Google. If you make a Tablet running Windows 7, you can kiss all hope of making money through software sales goodbye. So if you can’t subsidize the cost of your tablet with anticipated software sales, you can’t price it low enough to compete with the iPad. If you can’t be priced to compete, you can’t expect to succeed.

It is, unfortunately, all too straight forward. This market will continue to be dominated by Apple until Google or Microsoft decides to get in to the hardware game and make the kind of decisions that can only be made if you have another revenue source.

The speakers have yet to be announced, but if you know anything, anything at all about TEDx, you would already be excited, too. I just got an email notifying me that I have been accepted to attend TEDxRochester, Monday, November 1st, 2010.

TED is the “Technology Entertainment Design” conference. It’s free to attend, but not necessarily easy to get in to.

Anything can happen at TEDx, from the stone-face-serious, to the stone-faced-serious-looking hilarity, featuring someone such as standup comedian and part time NPR contributor, John Hodgman. In the piece below, he discusses what he believes were his three alien encounters.

In the past, even Melinda Gates has shown up to tell us what non-profits can learn from Coca-Cola.

And Stefana Broadbent has explained to us How the Internet Enables Intimacy, a presentation which actually deals with some of things I discussed in my blog post, Why do Teens Text?.

I am extremely excited and honored just to be attending TEDxRochester. 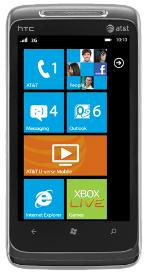