Nu: What’s your Gamertag, and what’s the story behind it?
My Gamertag is Fujiwarano. It does not have any real story behind it. I picked it up from a anime series called “Hikaru No Go” if you like anime, you really should check it out!

Nu: How old are you & where are you from?
I’m 20 years old and I’m from the Netherlands.

Nu: How long have you been gaming in general?
Not 100% sure about that. I remembered playing Duck Hunt on the old NES, (yes I played that one as well, CALZ88)!
But I think I have been gaming for over 15 years.

Nu: And here’s hoping for at least 15 more! How long have you been a 360 owner?
Since launch day.

Nu: Which Xbox 360 Achievement are you most proud of?
Getting out of the sewers in the Elders scrolls IV Oblivion.

Nu: Understandable! What game(s) are you playing the most now?
Battlefield 1943, Fable 2, and some Arcade games.

Nu: What’s playing now (what music do you listen to when away from your Xbox or when listening to music ON your Xbox)?
I dont listen to music that often. But I really like “X Japan”and “GoldFinger.” And I almost never listen to my own music in game…

Nu: A true fan of game music Do you try to stick with one Gamerpic, or change it frequently?
Nah, never really change it. Unless I’m really bored.

Nu: What is your current favorite Xbox related website to visit?
Gamespot.com, IGN.com, xbox.com, Majornelson.com. And a bunch of other gaming websites not related to Xbox.

Nu: I’m a little sad because I’m expecting Alan Wake to suffer the same fate as Clive Barker’s Jericho and Alone in the Dark. A lot of hype, but the launch might just fail. Wait and see, I guess. Do you have an all time favorite game, for any console or the PC?
There are many great games out there. It is really hard to just name one game. I like Chrono Trigger very much for the Super nintendo Entertainment system. And Secret of Mana.

Nu: Do you have any gaming buddies you frequently play with / want to make almost as famous as you?
I don’t have any game buddys to be honest. Not in real life and not on the internet.
Would you like to add me? Please send me a message of who you are please! I do not accept random friend request invites.

Nu: Any parting words for the droves of readers?
Yes I do 🙂
Help out War Child!. Dontate so you can help those childeren to make life fun again, and make them smile:) http://www.warchild.org.

Holy BKAG! It’s the 30th installment of the gamerspot light series, Better Know a Gamer! Want to be #31? Put your name or a friend’s name on the list!

Nu: What’s your Gamertag, and what’s the story behind it?
Calz88…..boring really, its kinda what my friends call me and the year of birth.

Nu: How long have you been gaming in general?
Gaming since, I’m told, 3… I remember playing Duck Hunt with the massive orange gun on NES!

Nu: Which Xbox 360 Achievement are you most proud of?
Not really bothered about achievements if they come they come.

Nu: What’s playing now (what music do you listen to when away from your Xbox or when listening to music ON your Xbox)?
Just the standard FIFA 09 soundtrack right now…. generally listen to BBC radio 1.

Nu: Do you try to stick with one Gamerpic, or change it frequently?
Kinda stay with the same one for aaaaaaages.

Nu: What is your current favorite Xbox related website to visit?
www.xboxsource.co.uk is my fave at the moment… but u can also find me on majornelson.com.

Nu: What game are you looking most forward to in 2009?
Modern Warfare 2.

Nu: Do you have an all time favorite game, for any console or the PC?
Goldeneye 007 on N64… hope it comes to XBLA or PSN soon!

Nu: Do you have any gaming buddies you frequently play with / want to make almost as famous as you?
I play with lots of people… they know who they are.

Nu: Any parting words for the droves of readers?
Have fun play safe o/

Yesterday, we received confirmation of the existence of new achievements and the “Historic Battles” Map Pack coming to Halo Wars for a lovably low 800 MSPoints. Still, if you wondered what these maps are going to look like, check below! 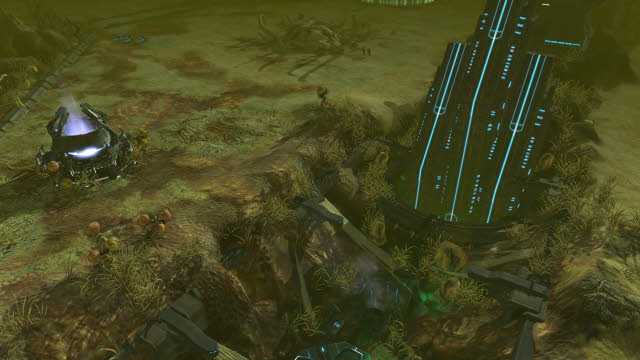 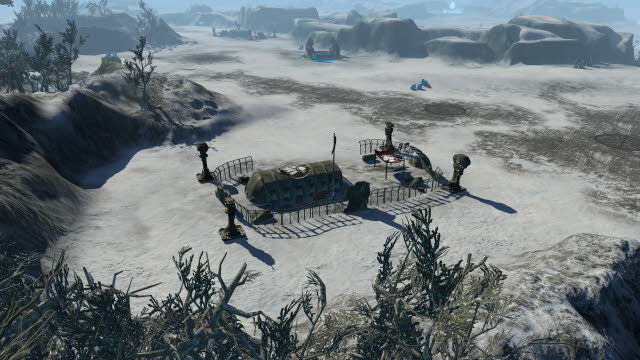 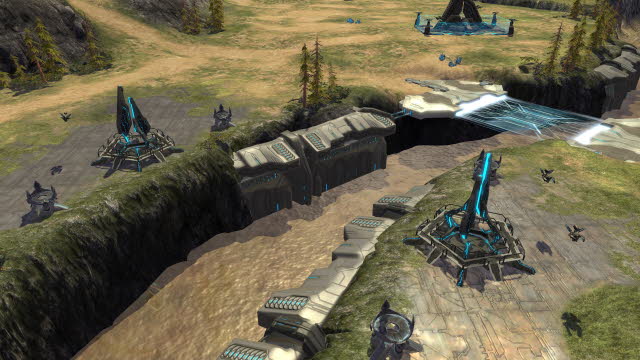 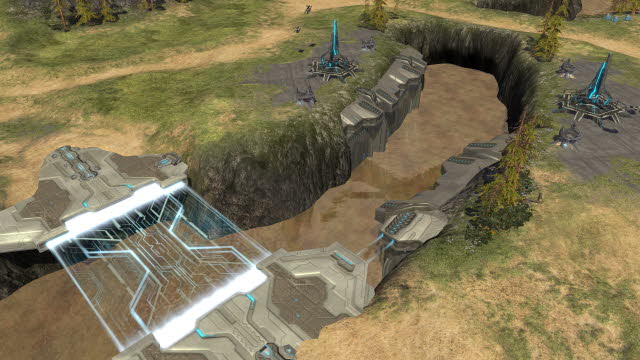 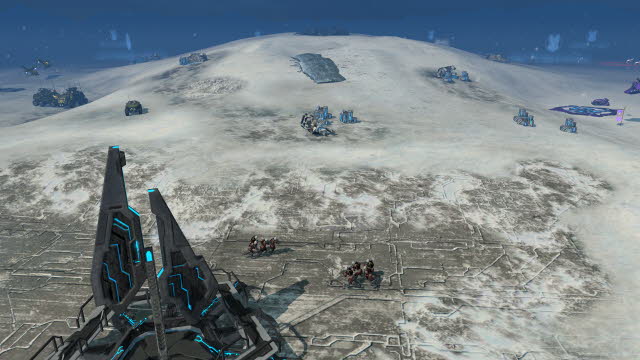 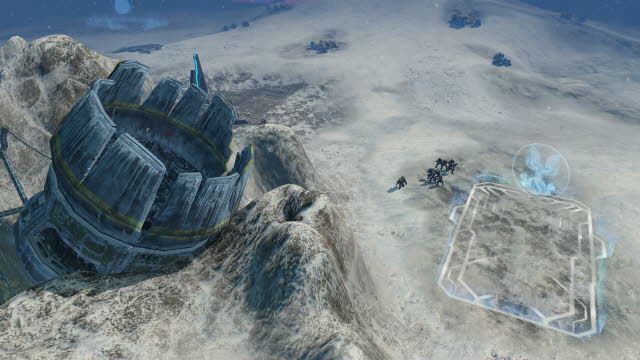 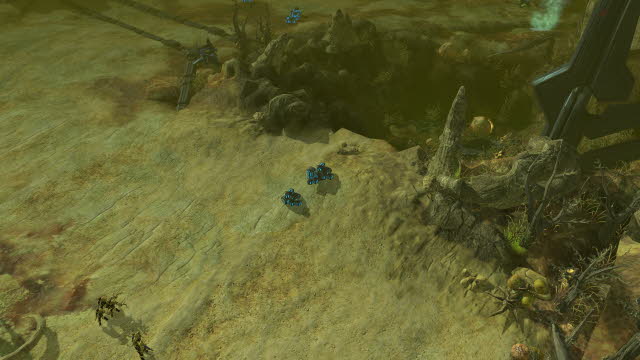 Click each of them for the largest ‘available’ resolutions. I hope to get higher res shots soon.

Last week, the PS3’s Firmware was updated to 2.80. The story was the same as it always is. People went looking for all of the changes under the hood. The generic line from Sony was “the playback quality of some PLAYSTATION 3 format software has been improved.”

The PS3 owners themselves struck first. Following the comments on the official PlayStation.Blog, the second comment started in with “does it have friends party chat?” – no. #3: “is the os footprint been reduced?” – no (though, admittedly, this is probably more of a misunderstanding of how hard drive sizes are measured. Poster 8 of the over 600 comments kindly stated: “one day i hope to see a full set of release notes, no matter the length. just knowing what’s REALLY going on would be great.” But it wasn’t long before comment 12 struck back asking for yet another feature that wasn’t planned for this release, and #40 commenting on a ‘dream features list’ for 3.00, though stating it more like a fact.

#66 chimed in with a list of features the 360 is supposed to be getting this fall. Then the 360 fanboys start in like sharks on chud. The PS3 owners strike back with a few level headed posts, for example #349, stating “We all will be satisfied sooner or later…and yall should really stop rushing this xgame chat, comparing it to 360..maybe if its not rushed it will end up being better than expected.“

Fact is, it does boil down to the fact that there have been a series of weak updates from Sony. A lot of long-requested features have not yet been added, and some minor bugs that one imagine could be an easy fix (or never should have happened in the first place) have been ignored, including the long standing battery-over-the-clock issue, which, Lempel recently said, will be fixed soon. Using this numbering system for their Firmware updates, I certainly hope that Sony’s 3.0 update, whenever it happens, isn’t just another release, but really contains the updates that many of us have wanted for a long while.

Sometime, I’ll get in to it with the Wii System Updates. Perhaps someday a real friends list will show up on the Wii, and they’ll make it more than just a sofa-couch social experience!