This week’s app is from the Windows 8 Store. I can’t link to it because Microsoft has, as of yet anyway, not placed the Windows 8 store online, as it has with the Windows Phone and Xbox Live marketplaces. Still, search for it, and download it – because it is a handy program to have. 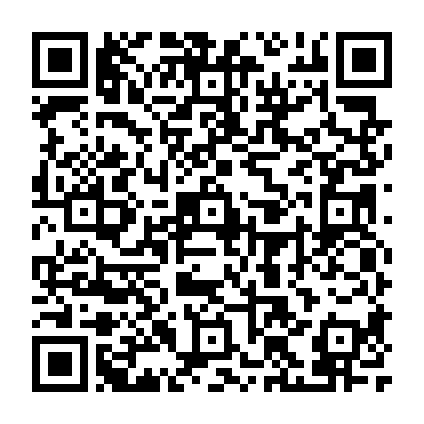 Developed by the Advanced Technology Division of Vevy Europe (uh… ‘kay), Barcode Generator allows you to make a QR Code for any occasion. Many of us make QR codes for one reason or another. You know what they are by now – little barcodes you scan with your smartphone that can take you to a website, splash up some text, save a contact, or do many, many more things. Most people generate those codes using a few familiar websites. But with Barcode Generator on Windows 8 (also in Windows RT’s Store), you can quickly and easily create and save QR codes for various use cases, including advanced scenarios like having an Android phone auto-join a wireless network, or sending an SMS. It uses a few basic templates to help you get started, and allows you to save your favorites.

For people who consider themselves completely technically illiterate, Barcode Generator still keeps it simple. Do you know what your Twitter name is? Just type that in and it will handle the rest – you don’t need to know your specific URL or anything like that. Barcode Generator is the easiest and simultaneously most thorough QR Code Generator I have used to date. 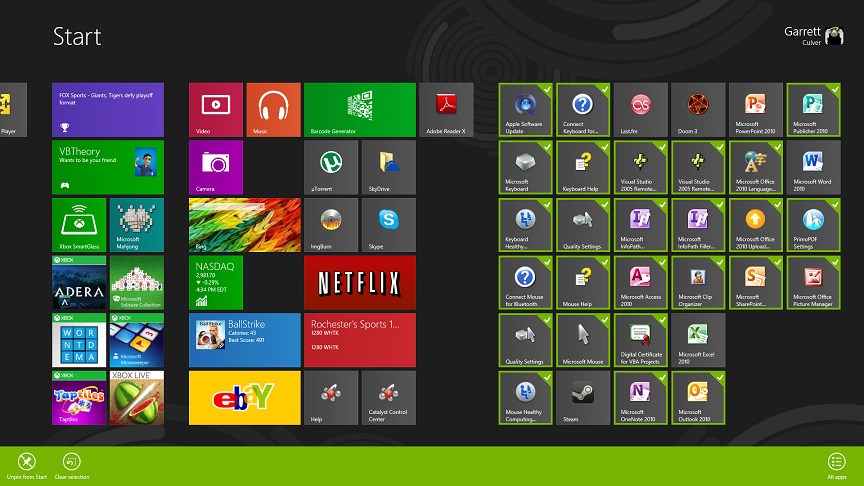 So you just got a new Windows 8 PC, and you installed a few programs. For instance, Office 2010 was just installed to your new computer. Now your Windows 8 Start Screen has a ton of icons on it that you don’t want to see or use. How do you clean the clutter? Here’s the quick, easy way to do it:

Hold CONTROL and click on the icons you want to get rid of. This will allow you to click multiple icons, one at a time. As you do, you’ll see a checkmark appear in the upper left hand corner. Once you have the items you want to remove selected, simply click Unpin from Start in the bottom left corner of the screen. Poof. The icons disappear. Another option is to browse to the Start Menu Folder, where you can easily manage the items on the Start Screen as if it were a folder.

Also, don’t forget that you can right click on an icon and click the smaller or larger button to make it a single square or a wider icon, which can help you truly customize your Start Screen and make it your own.

About once a year, or once every 18 months, I go back to a special gem in my movie collection. Say what you will about the 1993 (and coming back) TV Series Beavis and Butt-Head, but their one-shot, feature length movie actually has a lot going for it.

Beavis and Butt-Head was the funniest show you weren’t allowed to watch as a kid. A late night MTV production, it pressed a lot of boundries of television content and even language. MTV backed it by airing music videos during the show that the characters would make fun of via parody or discussion, while a side story that is relatively plotless introduces you to a cavalcade of crazy characters.

, what you do get is an all-star sound track only MTV in their heyday could have assembled. The animation techniques used were consistent with the show, but they occasional mixed in some CGI here and there, along with some other modern and classic animation methods to make this movie an instant classic.

But where the film shines is the plot. Beavis and Butt-Head Do America

takes you on a cross-country journey to various landmarks on a mission that includes everything from toilet humor to an international chemical weapons plot. The All-Star cast included Bruce Willis, Demi Moore, Cloris Leachman, and Robert Stack. When that many big names are willing to get behind something as silly as Beavis and Butt-Head, you know the script had to be something special. Don’t be in a rush to judge this one without watching it, I go back to it for a reason. Your preconceived notions may just be worth changing – give it an honest shot and I think you’ll be pleasantly surprised!