I recently ran in to a VERY frustrating issue trying to get a Windows 10 computer to boot in to safe mode when the main OS kept freezing up. Modern Windows will “fall back” to safe mode if it detects problems booting, otherwise you’re supposed to enter a hidden boot menu from inside the operating system. But if the OS boots normally and then locks up, it can be difficult to boot to safe mode.

Unlike the olden days of Windows 95 you can’t press F5, or Windows XP just press F8 – so I decided to bring a more thorough boot menu BACK to modern Windows on all my personal computers. This can be done through the Boot Configuration Data editor tool, BCDEdit.

END_OF_DOCUMENT_TOKEN_TO_BE_REPLACED

Being “the tech guy” in my circle of friends and acquaintances, I’m often approached whenever someone is searching for a laptop or desktop. While everyone’s needs are different, it’s become easier than ever to help someone by giving just a few pointers of what to look for when shopping for a computer.

The QUICKEST SINGLE piece of advice I can give someone is: shop around your CPU of choice. Most of the other stuff will fall in to place. Selecting a good CPU, the manufacturer is likely to build around it with similarly good parts. You could basically build a computer in your mind by searching for just the bolded words in the article below. That being said, here’s what all of those little bits and pieces might mean…

The CPU is the most important part of a computer. The brain of it all, the Central Processing Unit. Everything else could be top of the line, but if you skimp on the CPU, you’re GOING to notice the bottle neck and frustrating slowness. Luckily, with 2021 naming conventions, it’s fairly easy to find a CPU that will be alright.

Intel’s i3/i5/i7/i9 Processors are excellent choices, as is anything in AMD’s “Ryzen” series. The higher the number, the more performance you can expect out of it, but even in the case of the lowest tier Intel i3’s, for 95% of people’s use cases, any of these processors are going to handle the workload you’re going to throw at it.

The ones to avoid are Intel Celeron and Pentium processors, or AMD APU’s. In fairness, mid-tier products like the “Pentium Gold” series are head and shoulders above their earlier models, but I definitely think it was sneaky of Intel to play on the good-will and fond memories of the “Pentium” name from the late 90’s and sell a crappy processor to unsuspecting consumers based on name-recognition.

Do you need a lot of storage space? Are you editing videos? Archiving DECADES worth of photos? Storage is often measured in a high number of “Gigabytes” (GB) or sometimes even Terabytes (TB) these days. You might see a computer with 750GB, or 1, or 2 TB of space on a Hard Disk Drive, or an HDD.

But, for a similar price, you may find a smaller but much, much faster Solid State Drive, or SSD. These are still often 120, 250, or even 500GB in size in 2021, but as mentioned, you will find them to be FAR faster than a traditional HDD. I also find that they give me peace of mind because that’s one less moving part (there’s no “spinning magnetic platter” inside of a Solid State drive).

If you aren’t planning on storing or handling a lot of data at any given time, a smaller but faster SSD is undoubtedly the way to go.

Random Access Memory, RAM, or these days just “Memory” is the temporary storage used that allows your computer to multi-task more efficiently. This is also measured in Gigabytes, but is often just a one or two-digit number. More is always better, but anything over 32GB is complete overkill for 99% of people.

Some people will look at the amount of memory that their computer uses and cry out that they need more. But modern computers are designed to specifically take advantage of as much memory as you can give them, they’re also very well optimized to function with limited resources. I currently have computers with anywhere from 2GB to 32GB of memory. I recommend about 8 GB for contemporary computing in 2021, but if you can get a good deal on 16 GB, then take advantage of it! If a computer only has 4GB of memory, you MIGHT feel the pinch, but if it fits your budget, I wouldn’t be too terribly worried.

Geek note: because memory is measured in base 2, it doubles symmetrically and is usually available at size intervals such as 2GB, 4GB, 8GB, 16GB, and 32GB. Though other sizes, like 6GB, 12GB, etc… are sometimes available.

Okay, maybe you plan on doing some gaming on this laptop? If that’s the case, you’re going to want a Graphics Processing Unit (GPU). The trouble is, a good GPU can literally DOUBLE the price of a computer. You probably won’t find a computer with a discrete GPU for under $600, and even those will be on the very low end of the spectrum. These will typically be Radeon or GeForce series GPUs, mentioned in the specs of the computer, and coming from companies such as AMD and Nvidia.

But the good news is, integrated graphics like those from Intel, have come a long way. In other words, if you aren’t planning on gaming or rendering lots of long videos, you basically don’t need to worry about “graphics.” Even if the “gaming” is more geared toward a young child who will be playing Roblox or Minecraft, they might be okay for now. Intel has promised a refresh in the near future making their Integrated graphics closer to the level of the discrete graphics chips (with their “Evo” and “Xe Graphics” badging), but I’ll believe that when I see the results.

Windows is up to version 10, these days, and Windows 10 gets revised about twice a year. It is designed to feel familiar if you’re coming from an older computer, and is far and away the most common computer operating system for desktops and laptops.

People often look at Chromebooks because they are generally made to be more affordable. The disadvantage is that they are designed to do a lot of things in “the cloud.” While those offerings get more and more powerful every day, they can be a little abstract for some people. You’re not going to buy a Chromebook and install Microsoft Office on it. Or Quickbooks. Or many other programs you might be used to using. But if you primarily spend your time on the web and use Google Docs, YouTube, and Facebook and not much else, you might be fine with a Chromebook!

Linux laptops are few and far between, so you don’t need to worry much about that, and Mac OS is, of course, only available on Apple hardware, so it will come with a price tag (I believe their lowest priced laptop begins at $999), but if you’re a Mac user, you already know what you want! ?

In 2021, laptop manufacturing has come a long way. It’s all about finding the features you want and like. High enough quality screen, thin and light, aluminum body or plastic body, keyboards that light up, etc… find what you like and go for it! 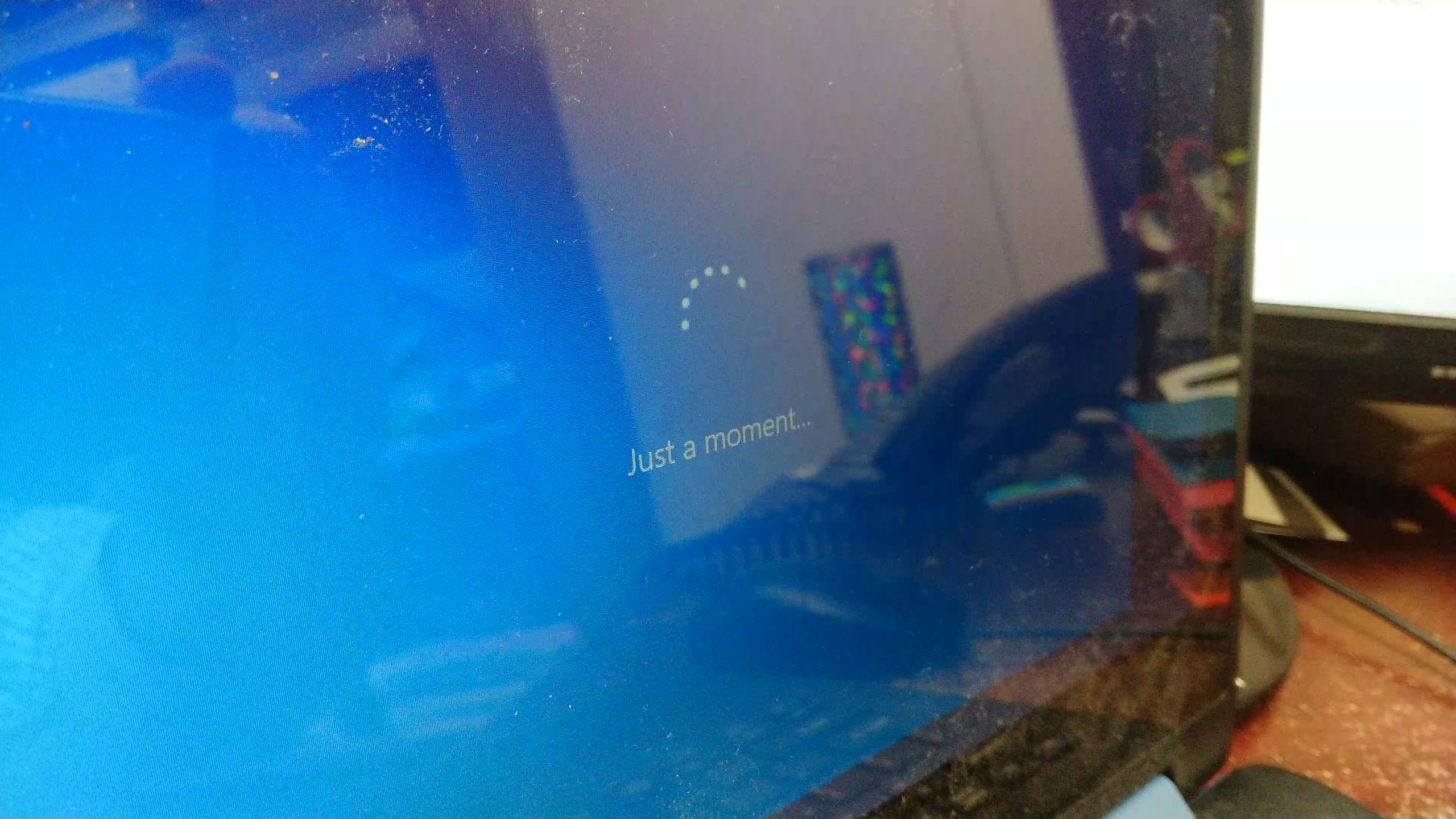 Well this one is annoying. I’ve got several computers at work stuck on “Just a moment…” and no matter how long I let them sit, they won’t get past that screen.

END_OF_DOCUMENT_TOKEN_TO_BE_REPLACED

Yes. Definitively, unequivocally, absolutely, positively, it IS entirely technically possible for Facebook to listen in on your conversations.