Advance warning: this post has no purpose… just a walk down memory lane. That’s what a “personal blog” is for.

I remember the first time I really encountered the phrase “but that’s what makes it so awesome.” It was after I had already become a jaded sixth grader. Cartoons were over, it was all about computers and video games for me. Who watched TV after school? Evidently, everyone.

You see, a year or so before, Fox had unleashed something on the American public called “Mighty Morphin’ Power Rangers.” As far as I was concerned, it was a show for kids. So when I was asked if I had ever watched the show, I scoffed, no, it’s a show for little kids! – “But that’s what makes it so awesome,” was the argument I was presented with.

I remember the feeling of shellshock… that was all one had to say, and anything which people could make fun of was instantly defused? So if video games are for kids, I can say “but that’s what makes them so awesome” and everything will be okay? Nobody can laugh about it? Surprise! It doesn’t work that way.

These were lessons that I’ve learned from that era: you can only say that if you’re already in the “in” crowd. Liking Power Rangers when you were ‘too old’ for it made you “ironically hip” – before we knew what that was – so long as you were one of the cool kids. If you were in the wrong group of friends, they laughed at you for liking Power Rangers “for the wrong reasons” – though they never explained what their cool kid reasons were that made it okay. So I continued on thinking it was for little kids, I didn’t like it all and didn’t bother finding a reason to like it, cool or uncool. I just stayed out of it.

Many people who know me sometimes think that I stop liking bands who “sell out” – once other people like a band that I liked, it’s not cool anymore… that’s not really the case. I enjoy things that people have always hated: Weezer’s Pinkerton (now see The Pinkerton Effect), Good Charlotte’s The Young and the Hopeless Album, and I’ve loved Greenday from the days of 409 in your Coffee Maker through Jesus of Suberbia. Just because someone changes, doesn’t mean they’ve gotten worse. When I say I like ‘earlier’ recordings of songs from an EP version, people roll their eyes and say “of course you would,” even if I genuinely just liked the sound better (see In Fear & Faith’s self titled EP vs. the Voyage EP, mostly the same songs, but better vocals on the self titled EP!).

I don’t like things because they’re liked by other people, nor do I like them because they’re not liked by other people – I like what I like, there’s not some ironic reasoning for it, it’s just me. I’m tired of having to have a reason for a hobby, ever since sixth grade. It’s too much work. But maybe, just maybe, all that work defending your hobbies is what makes them so awesome and so personal to you. 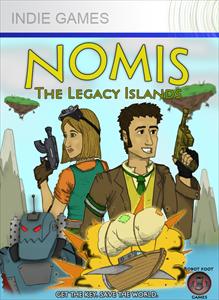 On my drive home from work, I heard an article on (yes, again) NPR, discussing how boring cable TV had gotten. First of all, why this counts as news is beyond me. I’ve hated most things on TV as long as I’ve been alive, save for a grand total of maybe 10-15 shows in my life time.

This NPR article kept coming back to the same point; the big crux of the article was “remember the good ol’ days of cable?” No, Pappy, I don’t.

In my life time, and in all likelihood the lifetime of anyone reading this, “cable” has been synonymous with “television.” There are lots of “cables” running all around my house these days. I grew up with “basic cable” – which still meant, even when I was about 10, I had over forty channels to pick from. Now I have a “cable box” that goes up in to the thousands. And it seems that, no matter how many ways people are cutting corners to get through this ongoing depression (I’m sorry, recession that neglects to take in to account underemployed), cable TV is one of those things that people are keeping. It’s not only a comfort, but it’s commonplace. Your life would feel empty without it, because you’ve had it as far back as you can remember. Your cell phone, for many who aren’t quite as bound to it as I am, is a new fangled gadget of convenience, or your home phone an unnecessary burden. These can be dropped. But cable TV? No way would someone give up something that’s been part of their daily life for over twenty years!

The article’s author, Andrew Wallenstein, used antiquated reasoning to justify why cable has cleaned up it’s act a bit, even saying things like “They’re courting advertisers just as big as the broadcasters at this point.” To me, that’s asinine. They’re not just courting them, and it’s not a new development. For nearly a decade I’ve seen the same advertisements be it during a live sporting event, a 10-plus-year-old re-run of The Simpsons, or The Daily Show on Comedy Central. It didn’t matter if it was “network” or “cable” – the advertisers have been the same, and in general, the content has been the same. I would wager that the majority generation doesn’t understand the difference between broadcast and cable, they just know that when your cable bill is late, only a couple of channels work – but that has nothing to do with the FCC standards imposed on the content of the cannels, as far as my peers know.

I think, with that government mandated “switch to digital” – the terms “broadcast” and “cable” should’ve gone by the way-side, as a way of defining the content on a channel. It’s absurd and antediluvian, stop saying it: your readers, viewers, and listeners have no idea what you’re talking about.