Was this a disappointing year for E3? Over the last several years, E3 has tried to return to its rightful place as reigning champion of video game conventions, and although PAX has stolen some of their thunder, E3 (the Electronic Entertainment Expo) has done a very good job of revitalizing what they began.

This year was lacking the big shock of new console announcements. It wasn’t just a rumor, it wasn’t “we have it on good authority” – it was a known commodity that Nintendo’s WiiU would be talked about, because it had already been announced. But rather than give us a ship date or price, rather than tease us with something we’ve been wanting for over a decade (Killer Instinct 3, anyone?), we got some cute mini-games and a sneak pack of a Wii U dressed in black. The Sony conference plugged a new God of War, talked at lenth about WonderBook, then rang the death knell for the PS Vita by not announcing a price cut. Microsoft impressed a few people with Halo 4’s story intensive trailer, and at least they didn’t announce a new product to compete with the 3DS or the PS Vita. Microsoft had the coolest “previously unannounced” (although leaked) item in the presentation, SmartGlass. SmartGlass is an enhanced offering of the Xbox Companion App for Windows Phone 7 and Windows 8.

So, no, it wasn’t amazing or jaw dropping… but, there are some exciting things happening in all three camps. I’m not a huge fan of Wonderbook, but the idea can be expanded upon and will find a niche – it may even encourage some people who dislike reading to get more interested in the written word, in the same way that e-books have ignited interest among young tech enthusiasts. No, it wasn’t the most exciting year for E3, but I’m confident that it wasn’t even in the top ten when it comes to “the worst.” I’m fairly pleased with what we’ve got to look forward to, and if you’re not, then I encourage you to go back and re-watch some of the pressers(Nintendo, Sony, Microsoft) and pick something out to enjoy – it’s not all bad news! 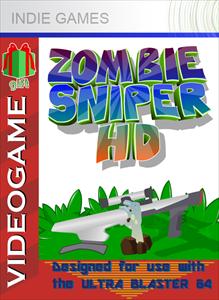