It only happens once a generation: a game gets to represent an entire console. Sometimes that brand can become so successful that it leads to a future unimagined by the creator. The character can become an entire franchise and last for years such as Mario or Sonic the Hedgehog. In 1996 one character, nights, intended to become that franchise character for the Sega Saturn. It was not to be. NiGHTS Into Dreams was released on the Saturn in the summer of 1996 to compete head-on Nintendo’s Nintendo 64, and Super Mario 64.

Compared to Nights, Crash Bandicoot had a more illustrious career. Nights was a short-lived flash in the pan for Sega. But I have always looked at that game and wondered what it would be like to play. I recall the winter, waiting for the holiday season, and anxiously awaiting my Nintendo 64, and my latest dose of Mario. I would stand in Toys “R” Us, playing my Pilot Wings 64 demo, and only glancing curiously at NiGHTS. The Saturn didn’t drive me to it, and I was certainly not alone, but that’s no reason to ignore a game that has been beloved by many, today.

NiGHTS Has developed a cult following years. Now that I’m older and more interested in the games themselves than being a fan for one particular brand, I am excited to get my hands on NiGHTS Into Dreams when it comes out on Xbox Live Arcade on October 5. The game will include all of the original levels but will feature enhanced graphics for the modern high-def era. I’m excited to play it either way, it could have the classic graphics, still I’ve always been interested in how this game works and what drew people to it over games like Super Mario 64. What made Sega choose this as a flagship title? Did they think it was a worthy substitute for Sonic the Hedgehog? Could it compete with super Mario?

I have to play NiGHTS into Dreams to find out what made this a great launch title, paired permanently in my mind with the Sega Saturn. Do people love this game out of nostalgia for the Saturn? Or does the game stand on its own merits? I can’t wait to find out. The backorder is my list of games I should have played but never had time for. This game has been a long time resident on that list. Even though it’s a remake, I am excited to finally get my chance to sit down and play Nights into Dreams.

As I mentioned in last week’s gaming post, I have been trying to catch up on the Saint’s Row series. I’m only about a third of the way through the first game in the series and I’m thinking I may stop right there, at least for a while. Once I get back to it, I’ll then have to complete it’s sequel, and potentially the third entry in the trilogy. Speaking of trilogy, I need to start Assassin’s Creed: Revelations

to continue my trip through Desmond’s lineage, as I’ve already enjoyed Assassin’s Creed, ACII, and AC: Brotherhood. Then some Batman: Arkham City

, after I already had a late introduction to Arkham Asylum.

I find myself drawn more and more to those third person, open-world, “sandbox” games. A lot of fun can be had hopping from roof to roof, zip lining to a ledge, or just blowing up a car with a grenade and watching the people scatter in fear. These are video games. Senseless, fun, stress relieving forms of entertainment that allow you to live the fantasy life of a super hero. I never thought of myself of a fan of the Grand Theft Auto series, but GTAIV had so much buzz that I had to play it. When I was immersed in that giant map where you could do nearly anything you wanted, I was hooked.

Wash, rinse, repeat, and out came Red Dead Redemption – which I loved even more than Grand Theft Auto IV. I find myself anxious for GTAV, and for the next entry in the Red Dead saga, as well was excited to play the titles I’ve already mentioned from well established franchises. I’m usually late to the party, that’s the whole reason the backorder ever existed… but I’m looking forward to a few more sequels this year. Call the industry stagnant if you want, but I’m not necessarily looking for a new IP – each entry in the Grand Theft Auto Series is a unique story unto itself – each part of the Assassin’s Creed saga introduces you to a whole new cast of characters… you can call the industry stagnant, but I’m looking forward to this fall – and I need to catch up before it suddenly falls on me!

Back on WinBreak.com, I started a series of articles called The Backorder. The Backorder would feature either reviews or just a little announcement of sorts that I would be playing a game that I should’ve played long, long ago. It’s time for a new installment of the backorder.

It’s also time for a guilty admission: I never played Final Fantasy VII. It’s not that I never beat it, never finished, never loved it, never hated it… I literally never played it. I have fond memories of watching friends play through it. I watched them traverse some beautifully created hand drawn landscapes, and watched them cast spells with CGI effects that rivalled Hollywood cinema. But I never once took a controller in my hand and led Cloud and co. on their journy.

It’s true, and I’m not too ashamed to admit it. I’m not a big RPG fan. I always hated combining items, or being over-encumbered, or not knowing when to use which armor against what attack… the games had too many little details to pay attention to. I’m a gamer-jock: I just wanna go in and blow stuff up. So I never played many RPG’s, and most that I did, I never finished. But I’ve looked back at several and decided this might be the year I finish a lot of games that I started ages ago (or never started at all), particularly those in the RPG genre. I’m thinking this year will involve Final Fantasy VII, The Legend of Zelda: A Link to the Past, and Super Mario RPG: Legend of the Seven Stars. But I have to start with the game that gets every person I know to say “you know what the best time of all time might’ve been?”

My quest isn’t just to play the game, it’s really an attempt to find out what made non gamers, girl gamers, boy gamers, hard-core gamers, JRPG gamers — so many different people — all say how much they love this game. I started playing it again, and I’m only 30 minutes in. I have to tell you, the graphics don’t hold up well. It’s blockier than I remember it being, I can see why people are begging for an HD Remake. But the combat is tight, the soundtrack is still incredible, and the action is still palpable. I’m looking forward to getting to know my characters and playing through the story that spawned an entirely new generation of RPG fans and really gave rise to a new era of JRPG gameplay elements. I’m hoping to see what everybody else saw. The kind of thing that makes people want to pay over $200

for the “black label” edition of the game.

If you have any particular memories you wish to share, or tips for me while I’m playing Final Fantasy VII, feel free to share them below! 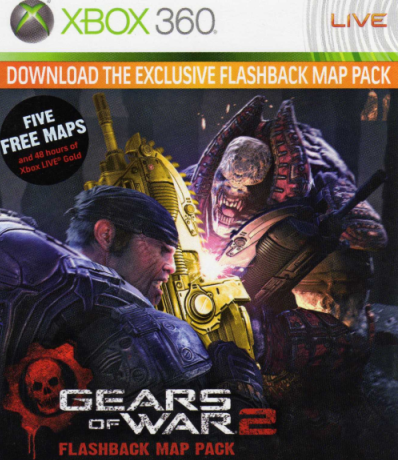