UPDATE: Everything has been fixed, and I will certainly be trying to make more frequent updates to the site, now that operations are smooth again. WinBreak Central Command is looking good! 🙂 You can ignore the stuff below…

Sorry, folks, but updates have been sparse mainly because I have been out of town – then it looks like WordPress decided to take a mental vacation. Beyond this front page, permalinks aren’t working properly. We will be trying to fix them throughout the day, but unfortunately, we are nowhere near our backup data (again… the out of town thing).

We will be working on it from here, and will update if we did, in fact, solve the problem. 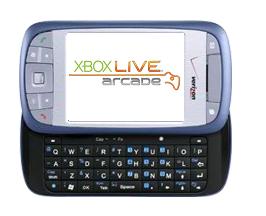 A few months after I started the current version of WinBreak, I kept promising more of “my input.” And while I may have given my partiular spin on an article or two, I haven’t written too many “editorial” type columns. That’s all changing.

If you just can’t get enough of me (and I know you can’t), you can now follow my Twitter. It’s not hyper-active like some other users, I might only make 2 or 3 updates in a day. Who knows, I may even go days at a time without updating it. Apart from that, I will also begin writing a few more editorial pieces, strictly my opinion, not those representing any of my… oh, wait, I don’t have sponsors… so yeah, it’s all me! These posts will be tagged “NuAngel’s Notes.”

Why all of the sudden, you might ask? Well, after making a long winded post in the Xbox.com forums that nobody will ever read, I decided to start bringing more of my opinions here. I will even encourage members to log in and comment on the stories. I will be making the registration process a little easier to find – all the while, finally (hopefully) updating my blog-software. I’m using an older version of WordPress, but every time I try to update, I lose all of my content! I’ll work on that later, but don’t you worry – your login information should still be mighty safe, when you register.

Anyway, yes, be on the lookout for upcoming editorial posts – I’ve got things I’ve been holding back for a while, and hope to bring it all to light in a comedic yet fact-facing manor… I’m not the next Ben “Yahtzee” Croshaw, but I’ll try and get you to crack a smile, like I did in the past.

WBX: WinBreak Exclusive
After our special report yesterday, Special Events reporter ButtonMasher79 decided to follow up to see how the launch went. She followed up with a few pictures, as well as the following report.

A full 100 people were expected and received for the Gears2 launch party at Game Crazy in Lakewood, CA. Gaming began at 9pm with a LAN-style player vs. player tournament with a total of four systems operating simultaneously. Customers were adding funds to their accounts so the transactions would flow smoothly and quickly. “The turnout is what we expected, it’s great for a weeknight and we’ll get more coming in tomorrow,” said Store Director Stephanie Armstrong. Game trivia, balloons, and giveaways peppered the evening and proved entertaining for all.

Down the street, GameStop had closed their doors and posted a sign that read “midnight launch tonight.” There were about thirty people waiting in the 55 degree ocean-cooled air in their fold-out chairs on the dark sidewalk.

A 20-minute drive from Lakewood is Universal CityWalk where a GameStop hosting Major Nelson and representatives from Microsoft. GameCrazy customer and editor-in-chief of BreakingTheGame.com Andrew Carr (pictured above with store manager Stephanie Armstrong) said he preferred this venue because he wouldn’t be guaranteed access to the dignitaries and thought that this location would be “a lot more fun.”

District manager Juan Rodriguez was working the sales floor and offering the strategy guide for 20% off with purchase of the game. “We overcame a lot of challenges to get here tonight but we’re glad to be here now,” he said, having arrived from the airport with the copies in-hand at 11:15PM. The existing copies will probably sell out by tomorrow at noon but the store anticipates replenishment as soon as Saturday.

You can view a few more pictures in the Gears 2 Lakewood Launch photo album.