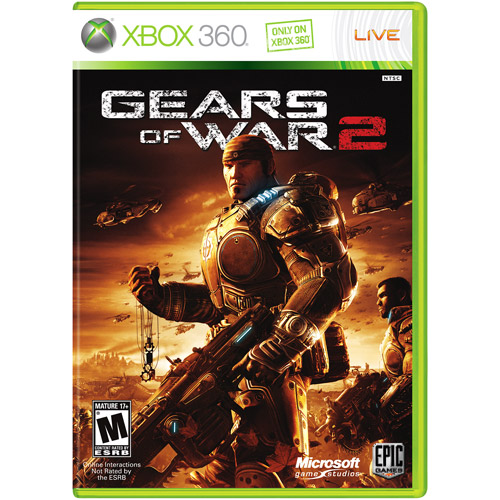 In the darkness of a Federal Express warehouse, a crime affecting LA area gamers is alleged to have occurred. “I awoke to a call from my district manager saying all my Gears of War 2 copies had been stolen,” said Stephanie Armstrong, Game Crazy Store Director in Lakewood, California. Investigation is pending with Federal Express and law enforcement but it appears likely that a warehouse worker has absconded with the property. “We wondered why we didn’t get the shipment yesterday, but some companies will only ship overnight for delivery on release day.” She says this is sometimes done to maintain street date.

An anonymous source has indicated that he purchased a copy of Gears2 at a 7-Eleven convenience store. “They didn’t scan my game, they just scanned a generic bar code they had on a piece of paper and took my money.” The bar code is a unique product identifier that would electronically reflect the date and time that particular product was being sold, “by using a generic code it would be possible to circumvent the street date and the store can just scan them all out after midnight,” said the buyer.

Juan Rodriguez, District Manger for the LA Market, Game Crazy intends to pick up an emergency shipment at the airport this evening to make copies available for customers at the midnight launch. No word on the Collectors Edition copies yet but Game Crazy will do their best to make things right for their customers despite the malicious acts of a third party criminal. 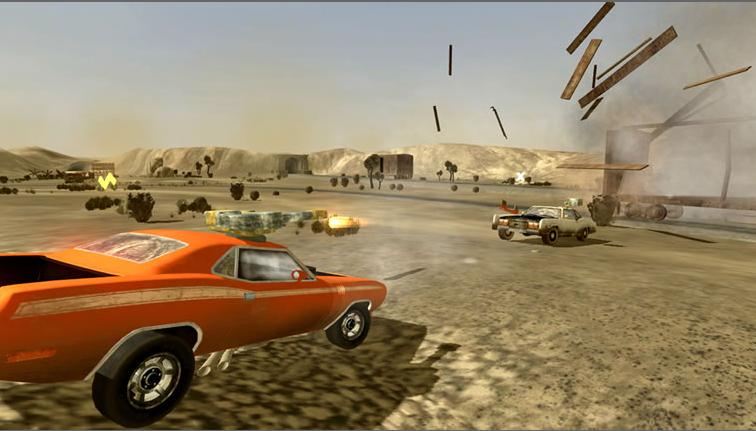 It was a game that people have been asking for, and many thought might not ever happen. Well it has finally arrived! Today, Vigilante 8: Arcade launches on the Xbox Live Marketplace for a mere 800 MS Points. If you’re stuck somewhere away from your 360 right now, check out the V8:Arcade website for some great pictures, videos, and tons of other stuff.

I have been waiting for far too long to write this up. I was putting it off in hopes that I would be able to provide video or screenshots, etc… but alas, my schedule has not permitted me to do anything too exciting or fancy. You will have to rely o nthe already established Battle-Cars image gallery.

I have been following Supersonic Acrobatic Rocket-Powered Battle-Cars for a long time now. But what of it after it released?

You will be glad to know that I got my hands on the game, and am finally able to give you a little more details.

First, if you have a PS3, and have not downloaded the demo of the game: do so! The tutorials and demo levels make the game extremely easy to learn, and give a better demonstration than any preview, review, or summary is ever going to do!

I like to know what I’m doing, before going online and getting destroyed by every player under the sun, so I took the detour of going through the tutorial levels first. They teach you almost everything you need to know about driving the vehicle, dodging oncoming traffic, jumping, using the ramps and walls to your advantage, and going supersonic. The one thing you don’t get a big lesson in: ball handling. You learn a few blocking techniques, but after playing online, you’ll notice a few players out there are just as good in this game as Beckham with a soccer ball.

Still, once you get the basics down, you want to hurry out online and see just how good you really are. You’ll learn right off the bat that supersonic is only one of the many keys to success. Going fast will get you destroyed, or foolishly send a ball in to your own goal, than most other techniques in the game. Pay attention to the tips the game gives before each session: they know what they’re talking about. Jumping before hitting the ball is an excellent way of keeping the ball on target, and getting into the goal, instead of right above the goal! You may also recall our interview with Dave, in which he advised players not to be affraid to jump for the ball – so true! Nothing surprises players on the ground, waiting for the ball to fall, like shooting up and taking it like an NBA toss up!

But what about the game itself? What can I say, it’s pure fun. During the interview, Dave had suggested that the game was intended to have multiple play types, but they kept coming back to this one. It’s easy to see why. It’s fast paced, it’s fun, and oh yeah – it’s addictive. Graphically, the game might not be the most impressive thing you’ve ever seen, but it plays like liquid. Everything is smooth and fast paced, even after a goal is scored the action doesn’t stop with a ball sitting in a goal!

The sound did receive some attention, but much like the graphics, sometimes feels like an after thought. The music is good and the sound effects fit right in, helping to reinforce the feeling that you’re slamming your vehicle into a large metallic orb.

As an added bonus, the game offers great potential for building teams and leagues, as well. People could develop special moves, and tandem techniques, with enough time together. I look forward to playing this game on a regular basis. Earning trophies should also help a few people who might not be itnerested in the off-line game mode delve a little deeper! The multiplayer makes it easy to find and join friends from your friends list, as well.

For a $15 price tag, there is really no reason not to pick this game up. Wipeout HD is priced at $20, and it might look awesome, but I can guarantee you won’t have half as much fun playing it. I found myself laughing, and analyzing my own mistakes – “how could I have blocked that shot“, or “why did I miss that!?”

All in all, I’d give the game an 8.4. Not the most outstanding work from the artist’s perspectives (visual or audio), but the game is fiercly addicting and all ’round fun. It nails the casual gamer market, in that I can play a few rounds and put it down – come back to it later, play a few rounds… I’m not forced to sit infront of my TV for 13 hour sessions of “I just can’t turn away” like Metal Gear Solid 4 or Dead Space. The fact that others are finding it fun can easily be seen at MetaCritic, where users are averaging the game at a whopping 9.5!

As a final word, you will notice I did not get into the excellent features of the game – such as uploading your videos to Youtube. The simple fact is I have not played around with that much at all, and while I think it is exciting and shows great potential for the Playstation 3, I just don’t think that it should have any bearing on the overall score of the game itself, which is why I didn’t goo out of my way to look at those for the review.

Darkshine34. I tried to choose something that sounded “intimidating” and 2 things that didn’t go together. Darkness can’t shine! o.O

Nu: Excellent, I always enjoy gamertags with some thought in them! Where are you from?

19. I’m going to a technical school for computers. I have 2 jobs, one is an internship at as an I.T. person and the other is a Janitor :). I love video games, music (mostly metal but I listen to a ton of different stuff), and I love full contact fighting. I trained in it for 3 years but don’t have time anymore haha.

Since the original NES came out.

Since they came out.

Hmmm…owning people in Halo with my one friend was pretty grand, and freaking people out with my Guitar Hero-ness is entertaining.

Nu: Stay tuned, people – videos of his Guitar Hero-ness to come! Which Xbox 360 Achievement are you most proud of?

Nu: Are you currently working toward any achievements?

All the crazy one’s for GH World Tour.

Nu: What’s playing now (what music do you listen to when away from your Xbox or when listening to music ON your Xbox)?

Metal – Arch Enemy, Children of Bodom, As I Lay Dying, Between the Buried and Me, Megadeth, Slipknot…to name a fewNot-so-metal – Wolfmother, RAGE, Coheed & Cambria, Rush, Firewind, The Fall of Troy, and so on.

WinBreak because the creator is a total badass.

Nu: Whatever you say! What game are you looking most forward to in 2008?

Guitar Hero Wor… wait… I guess now it would be Fallout 3!

Nu: Do you have an all time favorite game, for any console or the PC?

Many. But if I had to choose I would say either Final Fantasy X or Chrono Trigger.

Nu: Do you have any gaming buddies you frequently play with / want to make almostas famous as you?

And thanks to DarkShine34 for taking time out of his class to ignore his teacher and respond to be a part of the latest BKAG!