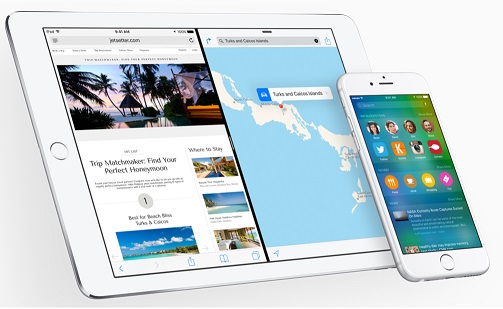 Wall Street Journal reported those numbers yesterday, and other sites have been discussing ever since. It’s been pretty widely discussed believed, but this is the first time such numbers were confirmed – and they were even higher than many people suspected.


We’ve seen the same thing in the computer market: the minimum tier MacBook Pro is $1,199 – but it uses all common brand parts… Intel CPU’s, whatever hard drive is cheapest at the time (Toshiba, Fujitsu, Seagate, and Western Digital drives have all been used in Apple computers). I can build the same machine for $650, and that’s just me buying retail parts, I don’t get the bulk discount buying from the manufacturer that Apple gets! When it comes to phones, they do the same thing. High quality Samsung screens, Samsung or Hynix storage flash memory, etc… but the price of that kind of memory has dropped SUBSTANTIALLY since 2008 – but the 16GB iPhone 6 still has the same starting price as the 2012 iPhone 5, $199. Now it’s true they have a newer, faster CPU, but realistically, component prices came down, but Apple continues to keep prices at a premium. We’re a long way from 2010 when Apple had slimmer margins due to more expensive parts, and could have operated at a loss with the $499 original iPad.


So we’ve known for a while that Apple’s margins were high, but Apple always argued that you “just can’t put a price on their designs.” The beauty of iOS, or OSX, or Watch OS, the sleek designs of the shells these hardware components fit in to – you pay the “Apple Tax.”


There’s no doubt of Apple being a status symbol. It has been for two decades, that’s what Steve Jobs wanted it to be when he returned. The iPod wasn’t the first MP3 player. I remember the Diamond Rio PMP300, I owned a Rio 500, all long before the iPod made its way to consumers. The iPod was the first MP3 player people had to have. It was elegant and simple to use, but it was twice the price of my Rio device. Their profit margins were not by accident. Apple was no longer the “everyman” computer that they wanted back in the days of the Apple Lisa, they were going to become the premium brand… the brand that, if your parents didn’t buy you Apple, they didn’t love you. If you weren’t seen with those easily identifiable, white iPod ear buds in your ears, then you were a joke, you probably still had a Discman!


Did Samsung make more money than Apple at one point last year? yes, you could say that. But that was because they sell screens, hard drives, hell, even raw semiconductors – things that Apple has no interest in diving in to. Samsung’s cell phone division is hardly profitable for them. When they were the only company selling 6 inch screens, with their Galaxy NOTE phones, they were doing quite well – but now that the iPhone 6 Plus has nudged them out of that market, they have to rely on their other businesses to keep the phone division afloat.


Profits are so high at Apple that it has been reported that they have almost 3x as much “cash on hand” as the US Treasury. While the numbers are accurate, the statement is not not 100% correct, but they do have more cash on hand than any other company on earth. It’s no secret that Apple will take your money in any form they can get it: The cheapest “Apple Watch” band, the “Sport” band, is a silicone wrist band that costs are mere $2.05 to manufacture, which Apple sells for $49.


Consumers don’t seem to be fed up with Apple’s profiteering and price gouging. People celebrated Apple saying they would build a plant in Arizona, essentially for manufacturing their own screens (so that they don’t have to buy them from Samsung). Profit margins were high enough that they didn’t have to worry about moving those jobs overseas. But Apple fans didn’t protest, didn’t write letters, they didn’t even speak up and say “listen, Apple, you’re making enough money to move all iPhone manufacturing to the US, and to treat workers better, why do you have such deplorable working conditions at overseas partner plants?” Nope. Consumers went on care free, and kept paying the Apple Tax. They didn’t demand improved working conditions, they didn’t demand manufacturing be moved to the US where they could still make a profit… there were a handful of headlines, then back to business as usual.


Apple fanboys on my Facebook feed were all too proud to show off their day one Apple Watch purchases, and talk about how their lives are forever enhanced by the presence of this watch – where every single tech journalist who isn’t busy blindly singing the praises of Apple almost unanimously agreed, ‘it’s neat, but I don’t see a reason to keep using it.’ But if you want your 128GB iPhone, your $399 Apple Watch with the $449 Link Bracelet, and a $1,700 MacBook Pro (because, c’mon, what kind of person only buys the base model of any of those things?), then by all means, have at it. I’d much rather pay off debts and mortgages than have the same “status symbol” that most 16 year olds have, these days. I’ll stick with my less expensive phones, and my watch free wrist, and my 1/8th inch thicker laptop.