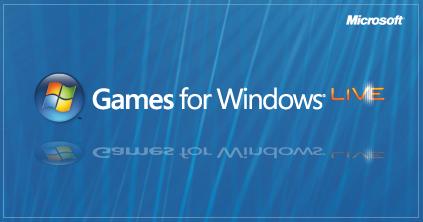 People have been asking for a stand alone Xbox Live client for as long as Xbox Live has been around. Games for Windows Live took the lead on that project, and as we saw many Xbox Live like features showing up in PC games. Still, no stand alone client. Still, Games for Windows has not really felt the success Microsoft has wanted for the platform, but shortly after the release of the New Xbox Experience came the relaunch of Games for Windows Live. When I heard this was coming, I was very excited… then I had a difficult time finding it. Now I realize why.

This client is little more than an advertising plugin for windows. You do not have any sort of friends list management. There is no method of messaging your friends. The only real power this program has is to download video game trailers and demos. It’s a nice thought, but it’s a long way from what the masses have wanted.

If you do want to check it out, it is a free to download the application for Windows Vista. User running Windows XP will need an additional hotfix. To get it working, simply install the 30MB Games For Windows Live 2.0 application, then install the 800K hotfix. If you simply want a quick visual tour of the simple program, check out our gallery of Games for Windows Live.