I nearly forgot that today was the great day when my childhood returns in the form of Mega Man 9!

Some backstory: I was always late to gaming, got my 360 around it’s 1 year anniversary, and never even had an NES until after the Super Nintendo had come out… my first NES game other than Mario/Duckhunt was Mega Man 3 – to this day I still have that original game cart. To this day I maintain that it is the best Mega Man in the series.

Like many, when Mega Man “X” came out, my friends and I called it Mega Man 10, it was logical, but there weren’t 9 Mega Man games before it. Something needed to fill the gap! Even without playing it, yet, I believe that this game will fill the gap in the Mega Man saga, and look forward to the challenges it will bring. I intend to try the demo tonight, and will probably end up buying the game (possibly along with the Protoman “add on” {rip off!}, I need the slide mechanic!). Going through way too many MSPoints lately, and will keep going, at least until SSFIIHDR comes out! 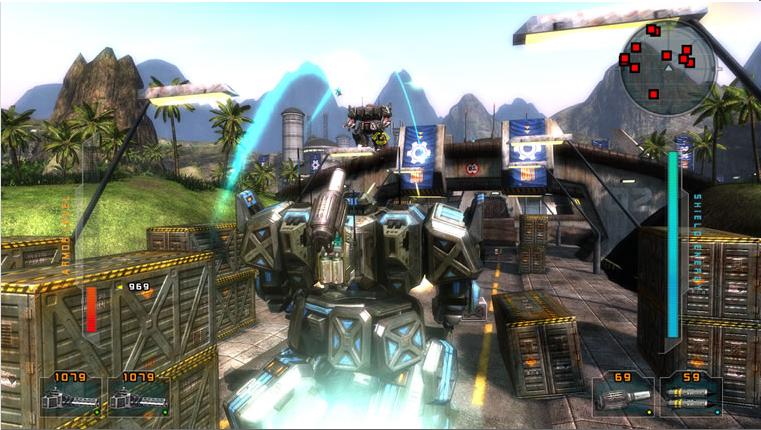 War World released today on the XBLA, featuring the kind of MECH combat that we haven’t seen in a long while. I haven’t seen any video of this game yet, so I’m excited to get my hands on the demo, and get a feel for the pacing. I couldn’t stand Chromehounds because of the trot-along pace it made you start off with, so here’s hoping for some quick style matches.

The game boasts 100 arcade style levels, 16 different mechs, 2-4 player co-op, and additional 8-player multiplayer modes. It even claims to have “fast paced” multiplayer, just what I was looking for! I’m quite interested in checking out this 800 MSPoint beauty!