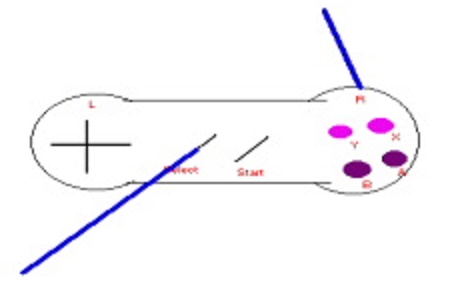 August 8th 2007, I submitted a contest entry to Wing Commander Combat Information Center (article published on August 11th). The contest entry described a journey I went on as a Wing Commander fan back in 1999, which lead me to create a MS-Word document describing how to communicate with your wingmen on the Super Nintendo version of the game. Although in August of 2014 I am writing this to archive it on my website, and I have updated the .doc file to .docx for modern compatibility, I have dated this post with the date of the original Word doc! Enjoy the rest of the story (my WCNews contest submission!) below!

Back when I bought Wing Commander for the Super Nintendo, I was a little late to the game. I had to buy it used. And for some reason, nobody had ever hung on to their manuals. I was stuck learning the game on my own. Still, the controls were pretty straight forward, and very user friendly. However, my wingmen kept reminding me that they were ready to fight – but I was never able to turn them loose.

After copious amounts of button mashing, I resolved the issue on my own, June 17th, 1999. Still but 14 years old, I was proud of my accomplishment, and wanted to make a little ‘guide’ for the next person I sold the game to. I have attached the word document I made up in 1999, as a 14 year old with MS Word and Paint. While it seems plausible that the CIC may have scans of the Wing Commander / WC: Secret Ops Manuals somewhere on site, I just thought perhaps this could be handy, as the complex and annoying combination of buttons is certainly a tough one to stumble on to, and I thought maybe this child-made guide could be handy to someone else.

And, though it was created when I was a child, it was found after dismantling an old Packard Bell 486DX4, pulling the hard drive, and wiring it up to an external drive casing. Solely for the intent of finding THIS very document so that I could enjoy my games again.