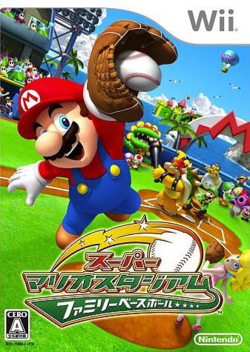 For anyone who hasn’t been following along at home – Mario Super Sluggers is a baseball game (you know, that sport that’s huge in Japan, and supposedly America’s Favorite Past Time?) starring our portly plumber pal (like that’s never been written before). ESRB has declared that it’s rated “E” (as if there was any doubt), and the game is now scheduled for an August 2nd release in North America, the game features everyone’s favorite character (almost no matter who it is {sorry Blooper fans}). The game launches in Japan on June 19th, so expect to see more video and pictures as random people play it, and as the game gets any finishing touches on its English localization.