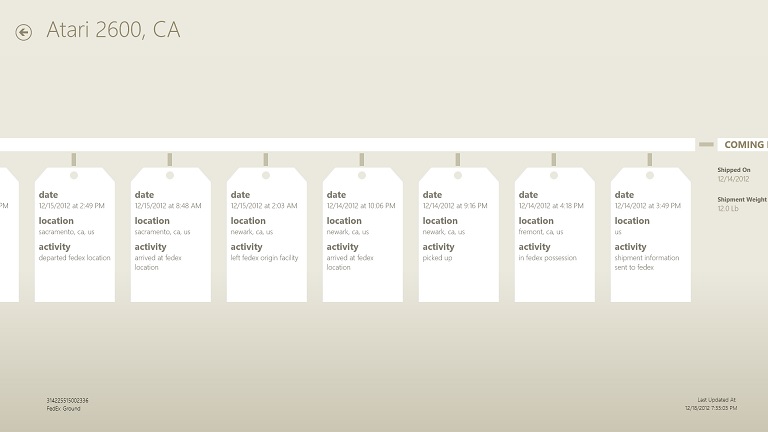 Trackage is a handy app that lets you list and literally “track” packages from various shipping companies like UPS and FedEx. It’s a simple idea, really, but you can label each package and with one touch see where things are. For instance, if you have two or three things coming from Amazon and eBay all at the same time, you can simply enter a title for the item, and have it appear. Clicking on any item will bring up a more detailed tracking history and current information.

To add an item, swipe up from the bottom, or on a traditional mouse, just right click. An Add button appears in the lower right and you can track your packages to your heart’s content! Simple, useful, and free! I love it! It’s an early release, but I believe it will only continue to get better.

I’ve had this app installed for so long, I’ve taken it for granted. In order to do things like switch Wi-Fi on or off, or enable Airplane Mode, you always had to dig through the Settings menu. Coming from Windows Mobile 6.1 where I had hardware shortcuts for things like airplane mode, and Android with widgets, this was a huge pain.

Enter ConnectivityShortcuts. This app allows you to place tiles on your Windows Phone 7’s Start Screen, which can be assigned to Airplane Mode, WiFi, Bluetooth, and your cellular radio. Each one has customizable text, too, but the simple large icons make it obvious what you’re going for. Simply open the app, choose a tile, and pin it to your Start Screen. You can choose to use a custom color, or make the icons automatically use the color of whatever color theme you’ve selected.

It might be a simple choice for a platform without much life left in it, but if you’re looking for easy widgets or shortcuts for switching off wifi, Bluetooth, airplane mode, etc… ConnectivityShortcuts is it. 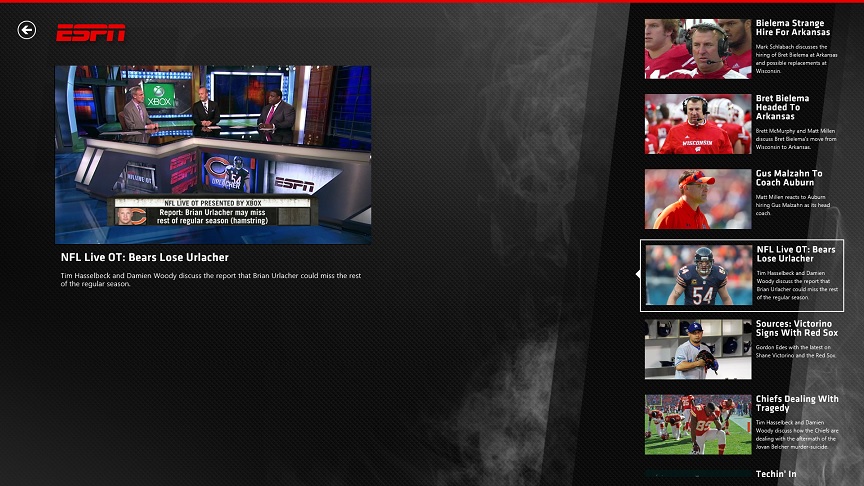 I know, us geeks aren’t usually huge sports fans… but I have a few things I like to stay caught up on. A little while ago, I showed you the fully featured ESPN ScoreCenter app for Windows Phone 7. I explained how it had features the iPhone app was lacking, it was several apps under one roof. It’s time to do it again, with the ESPN App for Windows 8!

The Windows 8 application is available for your PC or Windows RT tablet. The app has everything you need to keep up to date on your favorite sports, including multi-sport Gamecasts, ScoreCenter, video highlights and articles from ESPN Magazine and ESPN.com. 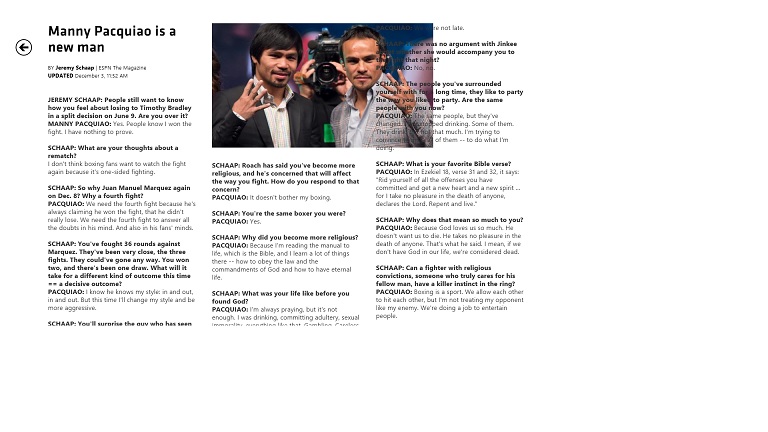 The real-time Gamecasts help you follow along with a game, even when you can’t watch it. Unfortunately, they weren’t full screen at my resolution. I was able to click in to a news video clip, press play, and almost immediately the clip began playing. It was very fast and seamlessly played inside the app – it even allowed me to full screen. One other issue I had, as pictured above, was some text formatting in the articles. On my computer, I’m at a 1920×1080 resolution, and I see text overlapping pictures and a lot of whitespace at the bottom of articles. I haven’t checked the app on my Surface for RT tablet, it likely displays correctly at that resolution – but I feel like the 1920×1080 resolution is a pretty widely accepted standard these days, and the app designers should be on the lookout for issues at that resolution.

All in all, it’s got a few kinks to work out, but what a great addition it is to the Windows 8 app library. Go download ESPN App for Windows 8 right now, and see for yourself.

If you bought a Surface for Windows RT, or a new tablet or laptop, you’ve no doubt seen the new mail app. The question is, can you add things like your Hotmail account or a work email address to it – and if so, how? It’s not too painful. The best and easiest method is to use IMAP for your GMail account, and if you’re using Hotmail, Outlook.com, or Exchange in your office, you can add your email as an Exchange account and it will work just fine. There are some basic steps to follow to be well on your way to adding mail to the app.

With a recent update, Microsoft has made it easier and the mail application now prompts you what type of account you want to add. But, if for any reason it doesn’t, the easiest thing to do is as follows:
For GMail: 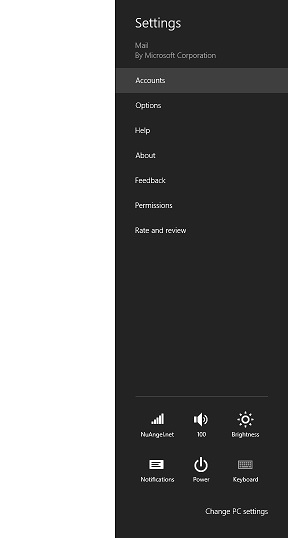 Yes, whether adding Exchange or Gmail, the basic step is just getting to that “Settings” menu, and adding a new account. That was the moment I learned that the “Settings” button on the charm bar was contextual – depending on the program you’re in at the time, some of the “settings” will be different. Lesson learned, and carried forward! 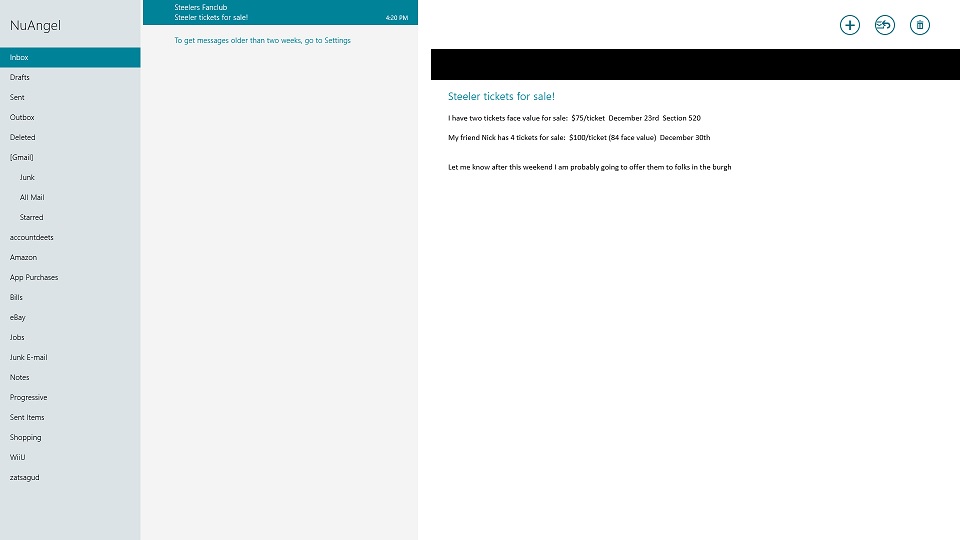 Let us know if you have any more questions about the mail app – need another screen shot? Some more advice? Let me know! I usually respond pretty quickly!