When I first downloaded AndFTP, I thought it would be a novelty app – giving me the ability to access my FTP servers on the road. How quaint. Now? I can’t even begin to tell you the number of times AndFTP has come to my rescue. It’s a free app, and works amazingly well. There is also a Pro Version which allows easy folder syncing!

Not just that, but I really find that the developer, LYESOFT has a TON of useful apps, including a Samba Share browser, and even a simple File Explorer if you just don’t like using Astro or one of the other “defacto” File System browsers available for the Android. I encourage you to give them a look! 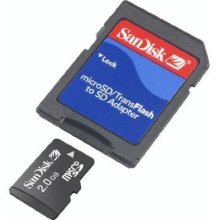 It’s Music Monday! This is a little bit older of an album than I usually suggest to people, but I’m all about helping you find things you probably haven’t heard, but should. Adam Green was co-founder of the band The Moldy Peaches, who’s 2000 self-titled album Moldy Peaches

included a song entitled Anyone Else But You, which you most likely recall from Juno

But if you forget how much you hate the movie Juno (after all, remember how you loved it before everyone else loved it, too?), and forget whatever little you might now about The Moldy Peaches, you can go in to this album and truly enjoy it. It’s very much an easy listening album, and it’s what crooners all might have sounded like if they had the guts. The lyrics walk a fine line between poetic genius and babbling idiocy and the best part is, it never matters for a second whether or not it makes sense, because it just sounds so beautiful. There’s a reason this 2003 gem was re-released last year.

Time for our Xbox Tip of the Week! This one is pretty straight forward. With the recent release of the dashboard update for the Xbox 360, Gold subscribers have access to Cloud Storage. The benefit? You can save your game, go to a friend’s house, and load your progress there! No need to remember to bring a Memory Unit, or even a flash drive! It’s a handy little feature, and it seems that many games will natively support it by treating it just like another storage option – but if your game is already saved on your hard drive, how do you move it to the cloud?

Well, you can read all of the details on Xbox.com’s support article, but basically you just need to go to the Settings page, then select Storage, select the hard drive, choose Games, find the game in question, then select on the save game file. The next screen should have a MOVE option – move it up to the Cloud Storage option, and you’re set! Then when you log in on another console, your save game will be available to you. No games lost!

I need to do a little home work and find out if this feature is available for Games for Windows Live – where you’re more likely to format your hard drive and lose your data (and if not, when?).