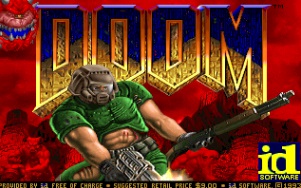 Twenty years ago, computer gamers unlocked the gates of Hell, unleashing on the world something the likes of which we had never seen. This was DooM. The definitive first person shooter which would set the standard adhered to, to this day.

Yes, today marks the 20th anniversary of the release of DooM. The computer game that did more for an entire genre than any one game before or since. Sure, these days the Epic’s “Unreal Engine” rules the world, but Unreal and Unreal II did nothing for the gaming industry as a whole. The spin-off, multiplayer centric “Unreal Tournament” in 1999 had a bigger impact on the future of online first person shooters. But they didn’t introduce anything that DooM hadn’t brought to the table more than half a decade earlier.

DooM featured multiple game types, co-op and death match, team modes and more… players spawned their own game-types, created their own rules, and really put their dial up modems to the test on the DWANGO service. Some shooters had come before, even some of id’s own, including Catacombs 3D and Wolfenstein. But to this day I can still tell you what level of DooM you’re playing from the music, I can 100% any level in the first episode in par time, and I can tell that a sound sample in a movie was borrowed from the same effects provider as DooM.

DooM has appeared on nearly every single platform to exist since its original inception. Here are just a tiny fragment of the examples of DooM’s impact over the last twenty years. 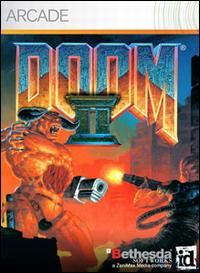 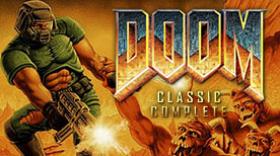 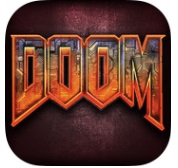 Thanks, DooM, for making IDKFA, IDDQD, and IDSPISPOPD more important for me to remember than state capitals.