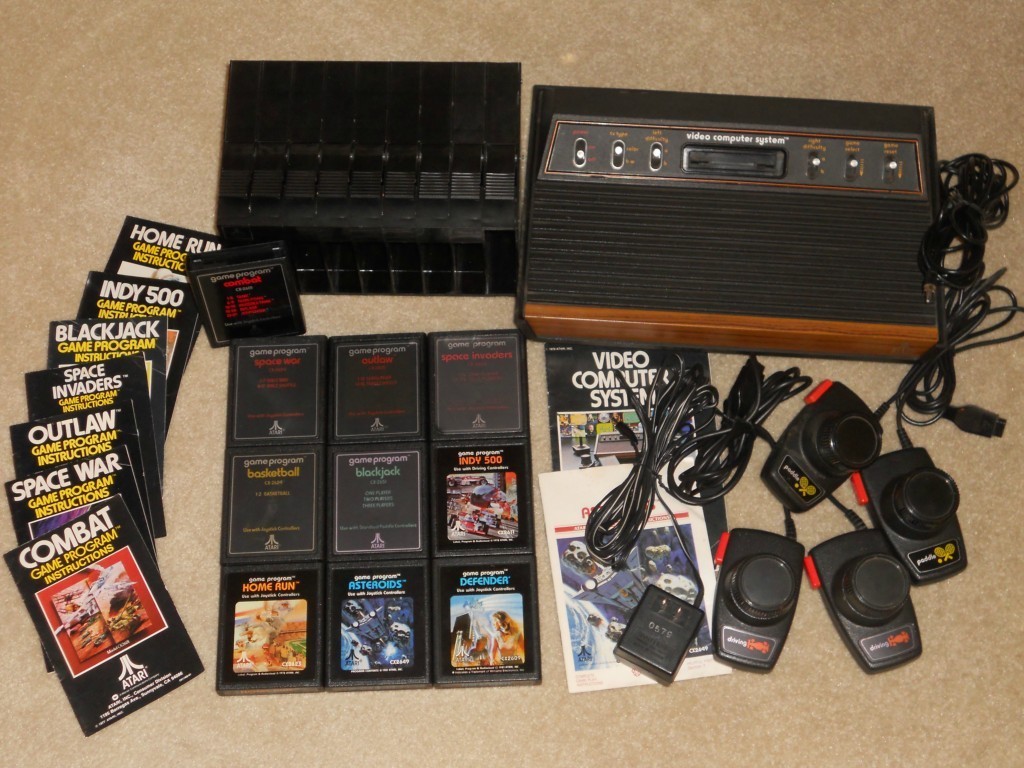 You’re always missing something. That is the problem. I searched through my parents attic a few weeks ago and found my NES. The one my dad bought me at a yard sale when I was seven. $35, with two controllers, a zapper, and Mario / Duck Hunt. My next game was Mega Man 3. I was late to the console party, but I made up for it over the years. But still, trying to go back? It’s nearly impossible!

Consoles all had proprietary video connectors, all of them connected to the coaxial input on the TV, or some screw-on antenna connector, then there were power cables, various controllers and add-ons… it doesn’t sound that complex, but you start looking around in all of your old boxes, and you’ll see what I mean!

I found the RF Switch for the NES, but not the AC adapter. I found a power adapter for the Sega Genesis (I bought one of these my senior year of high school, for kicks… it never worked right… had the same problem a Gamecube I bought once, had… all of my characters wander to the left – something wrong with the controller, or the console? I never found out). I scoured a few Atari 2600 Auctions on eBay – the video cable is missing from half, power doesn’t work for the other half. People are offering up small RCA to Coax adapters as a solution to hooking the Atari to a modern television – we’ll see how that holds up. And even if you have all of the parts to something, like the Gameboy, it’s only then that you realize that this 20 year old battery can’t hold a charge, and the original Gameboy wasn’t backlit! Do you know what a shock it is to sit down to play a little Donkey Kong Land, only to realize you have to sit under a lightbulb to see the screen!? I’d forgotten all about this – I have no clue how I played this thing in a car!

Retro gaming comes with its challenges, but there’s nothing like it. I’m still not quite sure what I’m looking for, but I have this urge to prove I’m a collector. I don’t think it’s quite like a midlife crisis, if it is, it’s an affordable one to have – but I’ve rather enjoyed my recent walks down memory lane. And I’ll be sure to take you with me on a stroll in the near future.