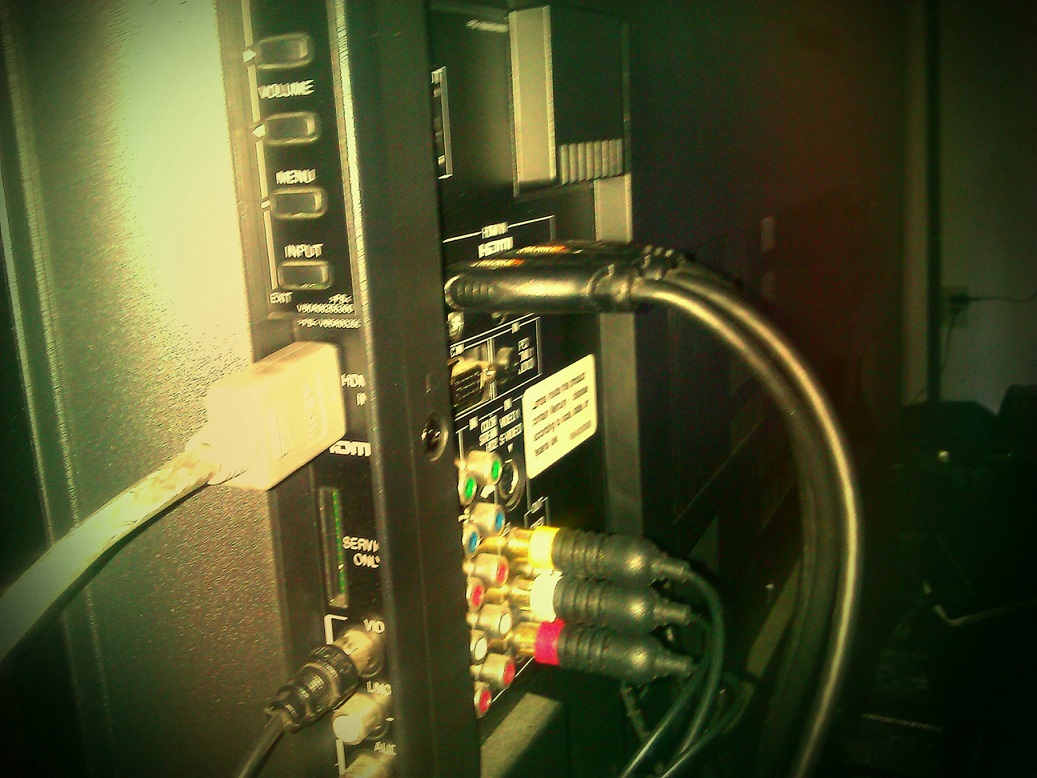 Recently, a friend turned to me with a problem with his Xbox 360. When we started talking, he said that the lights on the console weren’t doing anything strange, but there was no picture on his TV. So I walked him through resetting his display settings by starting the console and pressing a certain combo of buttons on his controller. No luck – it turned out his controller wasn’t syncing. So, then, I told him how to sync his controller to his Xbox 360. No luck. He then plugged in a USB controller – still no change, the light on the controller never came on to show it was connected.

In the end, it turned out that he had recently rearranged his living room and the HDMI cable wasn’t snug in the back of the Xbox 360. He had gotten to the point that he had worked with Microsoft’s phone support and they weren’t able to help him, he was about to send the console off for repair – until he decided he could try another HDMI cable. When reaching to unplug his current cable, he realized it was loose.

I would suggest that you check both ends of your HDMI cable (Xbox 360 console and TV), and even use the HDMI cable of another working device such as a DVD player or a PS3, just for testing purposes. Even though the controller issue seems strangely unrelated, it seems that the Xbox 360 must detect that it is connected to a display source before it starts the controller up. Now, even if you have the incorrect display resolution selected, it will at least finish booting up. Not having a video out cable of any kind connected must stop the boot sequence. We learned something new today! And I hope it helps you!