Did you know that you can use PayPal to pay for things on Xbox Live? It’s easy! All you have to do is go to account.live.com, and add your PayPal account to your LiveID under billing. If you’re already registered with a PayPal account, I’ll walk you through the steps. 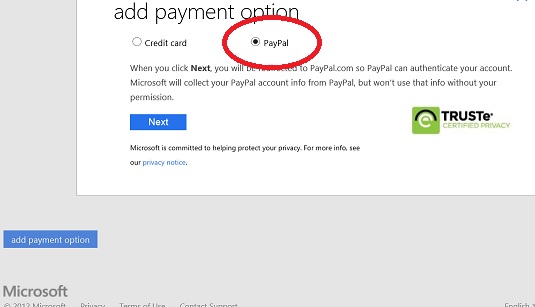 That’s it! You’re all set to start making payments on Xbox Live using your PayPal account, whether you’re renting a movie, buying music, or getting a Game on Demand, you can now pay with PayPal!

My first experience with Metroid, like many, came with Super Metroid. But it hooked me. I worked my way backwards and played Metroid II, then the original on the NES. Admittedly, I got out of console gaming for a while, and I haven’t touched the Prime or Fusion sagas, but I think it’s time.

That’s not entirely true. I had a Gamecube for a short while in college. I began Metroid Prime, but I actually got stuck very early on, and never finished it. And I, more recently, played some of Metroid: Other M on the Nintendo Wii, but got sidetracked by an avalanche of Xbox 360 games I had been wanting to play. It’s time to get back to some great games. I think on deck for this weekend will be finishing Other M. Then, perhaps I can focus my time on the Metroid Prime trilogy. I have to do something while I pass the time waiting until Halo 4

is released, and the Star Citizen Kickstarter campaign ends!

They times… are they really a-changin’? I’m the first person on to any technology band wagon. Yes, I already pre-ordered my WindowsRT tablet. Yes, I pre-ordered the Wii U, and the Ouya. I have a lot of my own data stored in “the cloud” and use multiple cloud computing services. Yes, I’m running the Windows 8 RTM and always have beta versions of OS’s on practically all of my devices. But being a technophile and getting wrapped up in the latest and greatest, doesn’t necessarily mean that I believe all of the hype and buzz words in the industry. END_OF_DOCUMENT_TOKEN_TO_BE_REPLACED