Call it link bait, I call it a hint of sarcasm. To say that the games industry has been ripping us off for a long time is a bit of an exaggeration – we’ve been playing the “sales” game with them a long time. But people have been up in arms over the last few years about unlocking content already on the disc. Unfortunately for all of us, this isn’t a new concept and I’ve brought along a little proof that this has been happening for years .

Now some in the industry hate to admit it. When people started talking about Mass Effect expansions and DLC before the game was released, the fans were irate – asking why they weren’t spending this time working on the game that hasn’t even shipped yet? EA countered by saying the game was a finished product and they were just in that lull after the game is finished but is out in production and duplication, before it hits store shelves. But the reality of the industry is that DLC and expansions have been part of the initial design concept as long as video games became a lucritive business! Take, for example, this design document from an unreleased game, Wing Commander Online: Privateer: 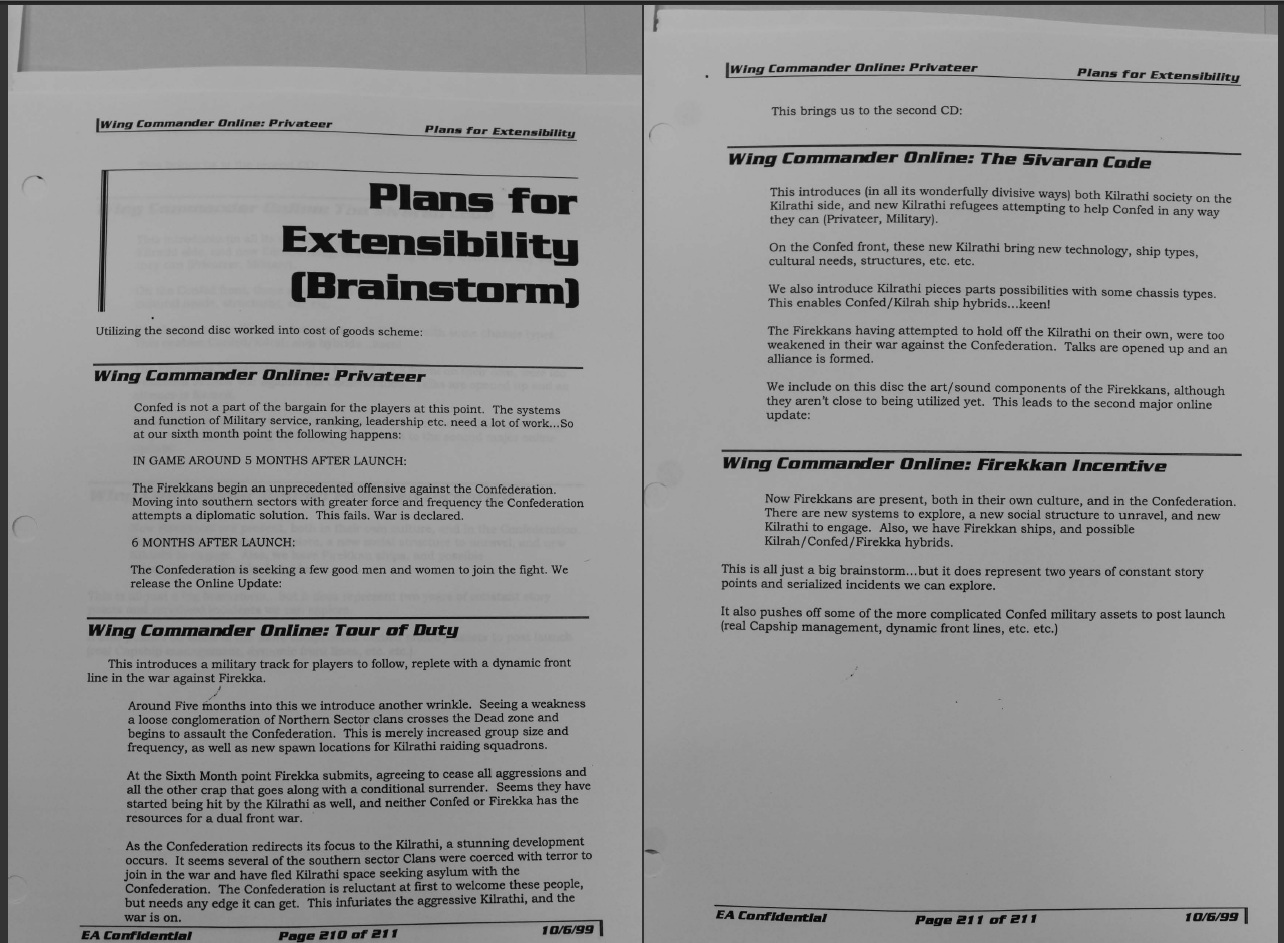 Above you can see the final two pages of a 276 page document (which can be found in the above-linked article), dated October 6th, 1999. In the final two pages, they discuss not only their first ‘downloadable content’ for the game, but a disc-based store bought expansion, which would also, itself, have further DLC. It even clearly states that they would “include on the disc the art/sound components… although they aren’t being utilized, yet.”

This was found in a planning document, nearly 13 years old, for a game that was never finished, let alone released. The old excuse that “this is what we do when the game is finished but before it ships” can, officially, be debunked. I, for one, still don’t think it’s necessarily a rip off. It is good planning, I want to know that my game is going to be supported for more than an hour after I buy it, especially if it is a game that has an online following, a community… heck, a need for server-side-support! If I buy a game and can’t play it six months down the road just because somebody released it and forgot about it, I’d be quite unhappy with my purchase. But, it is important to remember that even despite our more recent out-cry, this has been the status quo for quite a while, and a ship as big as the entire video-games industry turns slowly.