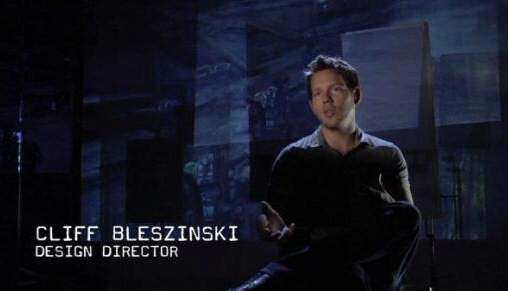 Yesterday saw limited release of some Gears of War 2 promotional videos! “Touch the Sound” is the first in a series of ViDocs – and this one, of course, dealing directly with the sounds in the game. I’m quite excited to see it, myself!

Here is the official press release:
Today, Microsoft releases “Touch the Sound,” the first in a series of video documentaries that showcase the development of “Gears of War 2.”

“Touch the Sound” features interviews with Epic Games design director Cliff Bleszinski, senior producer Rod Fergusson and “Gears of War 2” soundtrack composer Steve Jablonsky (composer of the “Transformers” and “Texas Chainsaw Massacre” soundtracks). They describe the impact of the rich variety of audio in “Gears of War 2,” from the sound design to the voice acting and musical score.

Additional video documentaries will follow in the coming weeks, leading up to the worldwide November 7th launch of “Gears of War 2,” the Xbox 360 exclusive sequel to the 5 million selling “Gears of War.”

Then fun part is that I was given the opportunity to download multiple versions of these videos – some had improper capitalization (the “I” in the word “VIdeo”), and misspellings, and the other video package was corrected. True, this could be simple typographical error, or a drunk employee, but the fundamental difference is that one package is 4MB Larger, and is rated by the ESRB. One claims it is “No ESRPB” – whatever that may mean!

Any way, knowing my audience, why waste time with the ESRB rated crap, eh? I haven’t watched them, but knowing CliffyB (I will continue to use that name), these non ESRB ones will contain Not-Safe-For-Work (NSFW) language, and copious amounts of gore. Maybe there’s just no ESRB tag at the beginning of the video? Like I said, I haven’t had a chance to watch and compare. But for now, here are your links:
WMV Download in 480P (78.5 MB)
WMV Download in 720P (283 MB)

Keep in mind, this isn’t “Touch the Sound,” the documentary about Evelyn Glennie, the deaf percussionist. 😉