WBX: WinBreak Exclusive
I’ve talked about it before, it’s the little game with the big name! Anyon who has been interested to see what Battle-Cars is going to offer may be thrilled to read this one. I sent off an email to Psyonix, not sure if it would ever be seen again. Amazingly, within a couple of days, my questions were answered by Director of Development Dave Hagewood himself! And if you’ve got unanswered questions at the end, place them in the comments, and perhaps I will be able to get them answered, or maybe Dave himself will stop by and answer them for you! Enough friendly banter, here’s the meat…

NuAngel: To begin with, I’d like to thank you for taking the time out of their your day for a lowly blogger like myself.
So, first question: what is your name, and what is it you do at Psyonix?
DH: I’m Dave Hagewood, Director of Development at Psyonix.

Nu: As you can probably tell from my website, I’m mostly an Xbox 360 gamer, who is still branching out to the other consoles. With the 360 having publically available tools like the XNA Studio and other familiar development tools, what draws you to develop on the Playstation 3?
DH: Sony has done a great job making their platform available to smaller-sized, independent studios. In fact, they pretty much welcomed us with open arms whereas there are an enormous number of titles competing to go on XBLA right now. XNA Studio is fantastic, but we are Unreal Engine developers at our core. UE3 makes it just as easy to develop on either platform and I think a lot of small studios don’t realize how accessible Epic Games has made their technology for downloadable games.

Nu: Supersonic Acrobatic Rocket-Powered Battle-Cars appears to be Psyonix’ first full game – is it? And how was the process of developing a full game different from working on certain game types and levels as you have done in the past?
DH: It is our first title developed entirely in-house. We’ve been fortunate to have been involved with shipping games all the way to completion several times before so it actually went pretty smoothly as this is a smaller game than most we have worked on. We are also self-publishing the game however and that definitely presented a new challenge for us. Lots of paperwork!

Nu: Have you considered porting the game to the Xbox Live Arcade, or even the Wii Shop?
DH: The game is exclusive for PLAYSTATION(R) Network right now but XBLA is definitely a platform we are considering for the future.

Nu: How did the concept come about / How was this game first pitched?
DH: We started thinking about it shortly after we did Onslaught for Unreal Tournament 2004. I’d always wanted to do something we cars that can jump and it just went from there. We had the idea that by “bootstrapping” the development in between outsourcing projects we could develop the game for as long as we wanted, with no real deadlines or budget restrictions. Because of this the concept actually changed quite a bit. It started out as more of a track challenge game. From there it went to a vehicle combat multiplayer game, and finally the soccer-based we have today. We didn’t intend for the soccer game to be much more than mini-game at first but after playing for a while we quite literally became obsessed with it around the office. At that point we knew it was the game we had to do.

Nu: Though “arena” concepts have to be similar, how many levels will be shipping with the game?
DH: Three levels will ship with the game with more to come shortly after release over DLC. We really want to support a community around the game and do as much free DLC as possible.

Nu: Free is always music to the ears of people out here! Here’s hoping! Are the cars like players in a sports game, with different classes or stats? Or are all vehicles created equal?
There are subtle handling differences just because of their different shapes but for the most part they are equal. We see the game as a serious competition game and we don’t want to introduce balancing issues with cars that have differing stats.

Nu: Let’s say I just downloaded the game, can you give me some advice as a first time player?
Make sure you learn to powerslide right off the bat so you can do a quick turn. Also, don’t be afraid to jump to hit the ball!

Nu: How many players can play the game online simultaneously? Will the game include local split screen? If so, can split screen players also go online?
DH: 8 players online, 4 players split-screen, and yes, split-screen/online combos are supported. We wanted to support everything mutliplayer! We even support a persistent team system where you can register a team with your friends that actually gets ranked in the leaderboards with its own name.

Nu: Do you have any plans to release downloadable content?
DH: Yep, as I mentioned above we already have a new arena that will be ready very shortly after release.

Nu: Is the game being released internationally?
DH: US is coming first with Europe shortly afterward.

Nu: Is there a target release date or a set price point, yet?
DH: Not yet, but we should be announcing that soon. Right now all I can say is early Fall.

Nu: You guys have a history of working with modders-turned-employees… do you have any plans to include a level editor and level-sharing (ala LittleBigPlanet) to see what your fans can create?
DH: That is a very big endeavor for a downloadable title. It is something we would love to do in some way in the future however.

Nu: And the irresistible question: the previews for Gears of War 2 have shown quite a few “vehicle” scenes. Were you guys heavily involved with the production of Gears 2?
DH: Actually we’re not involved with Gears of War 2 this time around. Besides, we would have insisted they call it Super-Destructive Cover-Jumping Locust-Blasting Chainsaw-Fest! 😉

Nu: I would totally still buy that game! 🙂 I want to thank everyone for their time, and wish you the best of luck in with Battle-Cars and all future endeavors. Final question: would you be willing to share you Playstaion Network ID so we can find you online for a challenge?
DH: Sure! I’ll be on as “CapitalistDog”.

Nu: And that’s it for my interview with Dave Hagewood, Director of Development at Psyonix!

I can’t thank these guys enough, it seems like they have gone above and beyond to take their time out for a little site like mine. I truly appreciate it.

You may have noticed I forgot to ask about a demo – well there are murmurs about one floating around out there, and I have asked Dave a follow up just to get some kind of confirmation. I will update this article when I hear back from him. I doubt we will be able to get a date on that, as the final launch date for the game hasn’t been officially set, either – but we’ll all know soon enough. And you can bet WinBreak will be covering that as soon as it happens! Until then, thanks for reading another WinBreak Exclusive.

Update 1: I contacted Dave about the demo question… kindly, he got back to me within hours. Are they planning a demo? DH: “Absolutely! We expect to release a demo the same day as we release the game.” 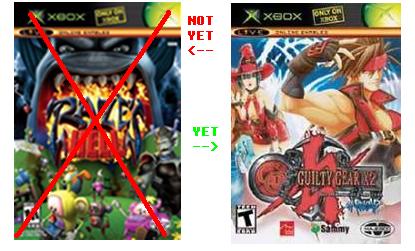 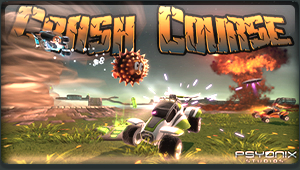 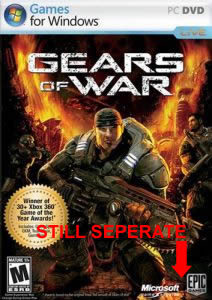