Update 2: The 135 watt plug may not be the “end all” form factor. It turns out that there was yet another revision of the Xbox 360 Slim! The original, Xbox 360 S, uses the pictured 135watt power supply. I believe the newer model appears to look identical to the 135 watt, but the Xbox 360 E uses a 120 watt power supply. More information is on Xbox.com. If you cannot tell if your console needs the 135 or the 120 watt power supply, count the USB ports on your console. The S/135 console has 5 USB ports. The E/120 has only 4. Microsoft has a list of other differences between the 360 S and the 360 E.

Update: I have added a reference image for the Xbox 360 Slim’s 135 watt power connector.

As the Xbox 360 console kept getting revised, Microsoft got better at lowering the power consumption necessary to power the console. But what is the easiest way to know if you had a console that consumed less power than one of the first generation models? How do I tell how much power my Xbox 360 uses? Easy: look at the power pins. The power usage of the Xbox 360 has steadily dropped as the hardware has been revised. I found the helpful graphic above in a Microsoft support article. 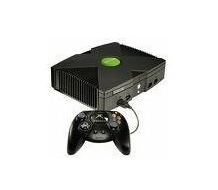 Microsoft stopped updating this a while ago, but people have asked: what original Xbox games can I play on my Xbox 360? At the end of 2007, Microsoft released their final software update adding backward compatibility for more games, and has stated that they wouldn’t make any further efforts to make more games backward compatible or fix any stuttering, texture, or slowness bugs in the games on the list. The software updates on the Xbox 360 beginning in 2008 have only contained Dashboard updates and fixes related to the Xbox 360 itself, not backwards compatibility with the original Xbox. Additionally, games that don’t appear on the list might work, but were not officially tested or specifically targeted for playability.

Microsoft posted the finalized list on their support site, but we’ve copied it here so that it doesn’t disappear on you. END_OF_DOCUMENT_TOKEN_TO_BE_REPLACED

Hopefully you’re taking full advantage of your Xbox 360’s ability to output high definition resolutions like 1920x1080p. But did you know your Xbox 360 could fine tune other display settings, such as color saturation, tint, temperature, widescreen, etc…? There are a lot of settings you can tinker with in the Xbox 360, you can find them in the guide. Hit the guide button, then go to Settings blade, System Settings, Console Settings, Display. Knock yourself out with all of the details on how to change yourself to 1080p and everything else – there is all kinds of useful information for accessing these great additional tweaks in the Xbox audio and video support pages!

When you get a new Xbox 360, or you get a new controller for it, it’s hard to remember how to syn the controller to a new or different console. I know I do it so rarely that I have to pause and think about the process. Generally speaking, though, it’s not too hard. Here’s how you can do it:
END_OF_DOCUMENT_TOKEN_TO_BE_REPLACED