It’s important to know that I’m not a doctor and this isn’t medical advice. This is based on my own experiences and opinions. I have a degree in English and I repair computers for a living. My favorite way to pass the time is playing video games, and frankly, I even sucked at Dr. Mario. But Thursday’s are my day to write whatever I’m feeling, and today, it’s about grieving.

Update: A little personal perspective on this. I originally wrote this in February 2013. A friend of mine had a sister killed in an accident, and I can now clearly look back and realize that I wasn’t just responding to that, but also preparing myself for my mother’s passing, which would happen in August. Her cancer had returned, aggressively. I’ve attended more than a dozen funerals in my less-than-thirty-years on this planet, and missed a few more – I’ve lost many friends and relatives to everything from car accidents, accidents in the home, natural causes, cancers, suicides – you name it. None was as hard as my own mom’s. Writing can be a coping mechanism, don’t be afraid to journal, or talk with friends, or find a legitimate support group of strangers. If it helps you, there’s absolutely nothing wrong with any of it. Back to the original article, below.

Therapists will talk about the five stages of acceptance, or the five stages of grief. A friend of mine… I suppose some would just say an acquaintance, but nevertheless – this person is going through a personal loss. I don’t care how close I’ve ever been to someone, when an event like this transpires, you need to grieve. And if I can help in some way, even if you need someone to scream at and punch in the face? Well then, hey, I’m glad I could help.

Known formally as the Kübler-Ross model, the five stages of grief are the emotional journey that people go through, typically, after a loss in their life. When I was only about twenty, I had several reasons to grieve as several events in my life took place. It was the end of my first long term relationship – sure I’m a guy, but I’m a softie. I had to work through it the same as most people, whether they admit it or not. Then a friend of mine had committed suicide. There was a great deal of anguish and even though we had a good support system of friends at the time, the questions of why? or what could I have done? never go away. Shortly after that my Grandfather died. Then an acquaintance I may not have been too close with, but had known for many, many years passed away. More recently an extremely close friend of mine lost his mother unexpectedly and I attended her funeral as well. There have been others. I’ve not reached the age of thirty, yet, and I feel like I know the inside of my hometown funeral home all too well.

It starts with Denial. First you feel like the news you’re hearing can’t be right. Maybe it’s a joke in poor taste. Maybe someone made a mistake, and they’re talking about someone different. It can’t be real, you were just talking to that person yesterday.

Anger starts to set in. You’re filled with rage that this person isn’t around anymore. You’re mad that the whole world hasn’t stopped to notice. You’re irate at the fact that this person had to do something so greedy as to go and leave you. Again, whether this is an emotional break up, or a truly having to stare mortality in the face, all you know is you’re pissed that they aren’t there.

Bargaining plays a role – for me, personally, this phase seems to have never lasted very long. But I have known others who couldn’t get out of this phase for years. You would give up anything to have them back. You say to yourself that it should’ve been you. In the case of death, you often have a list of reasons why your life means less than theirs, and how they had so much more promise, and how the world needs them more than it needs you. This is one of the darkest phases, and often leads directly in to the next stage of grief.

Depression. An absolutely normal and expected reaction. You need time to heal. You want to be left alone with your thoughts… the dark thoughts that you have while you bargain with unseen forces. Depressing realizations that this person is never going to walk through that door again. You won’t hear their voice. You won’t see their smile anywhere but in old photographs. But it’s through this depression that you have these realizations, and move on to the final stage of grief.

Acceptance. You don’t feel much better than when you began this rollercoaster. Coming out of a deep depression you may even feel worse. But you eventually come to terms with those things you realized in your depressing state. This is the new world you live in. Minus one. It hurts, and it damn well should. No part of this says it’s going to be easy, and everything will turn back to normal. This is the new normal for you. And you move forward, slowly, at first, but hopefully with the support of your friends, or family, you move on. Moving on, it’s important to remember, does not mean forgetting. It is acceptance of the new fact that is.

Again, I’m not a medical expert — I’m not qualified to be talking about this in the least… but it’s an important process to know and understand. It’s also important to not feel like you’re going to be a burden on your support group. Your friends are there to listen. Some will understand better than others, some have had to deal with loss in their lives, but almost all of them should be willing to listen. Some may have occasion to get angry with you, telling you that you’ve been grieving for too long. As I mentioned, everyone heals at their own pace, BUT, don’t be too quick to dismiss someone and say that they just don’t understand. You may be at a point where you should consult professional counseling. Don’t be ashamed or embarrassed. Don’t be. There are people out there going through exactly the same thing you are, you’re not the first person to have a hard time accepting a devastating loss, people out there can help you.

Everybody moves through these stages at their own pace, and sometimes they should seek counseling if they can’t seem to move past a phase… but never be in a hurry to heal. It will come. None of the phases can be a predictable length, each phase could take days, weeks, months, or years. 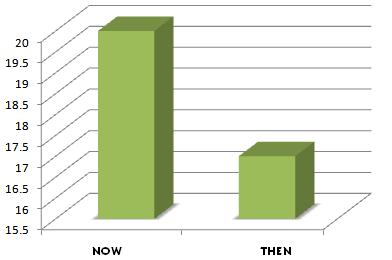 I’m certainly not to start a blog about “SEO” or Search Engine Optimization, but I did want to point out that I learned a lesson recently. My website has been growing and growing for over a year. Then, here in February, I let nearly two weeks pass without adding an update to the website. My page visits are plummeting.

Search engines Google and Bing will lower your rank if your website isn’t active. If you aren’t adding new content, if you aren’t actively building and adding to the website, it’s going to fall down the rankings. My site doesn’t draw enough comments to keep itself looking lively, so I know I have to constantly put out new content to my site higher in the search results – people linking to you, organic visits to your website, it all builds your reputation, but I had no idea just how fast you would DROP in the rankings just for taking some time off.

My most popular articles are in the Tech Tip Tuesday articles. But I don’t think I’ve answered everyone’s question in the world! So the only reason I can figure I have dropped off so steeply is because I didn’t write new daily posts for a while. But the drop off was steep. I won’t divulge my numbers, right now, but my daily page visits are now hovering around what I used to get in a day for my most popular articles! So I have some rebuilding to do, but don’t worry, I’m back, and I’m still blogging! 😉 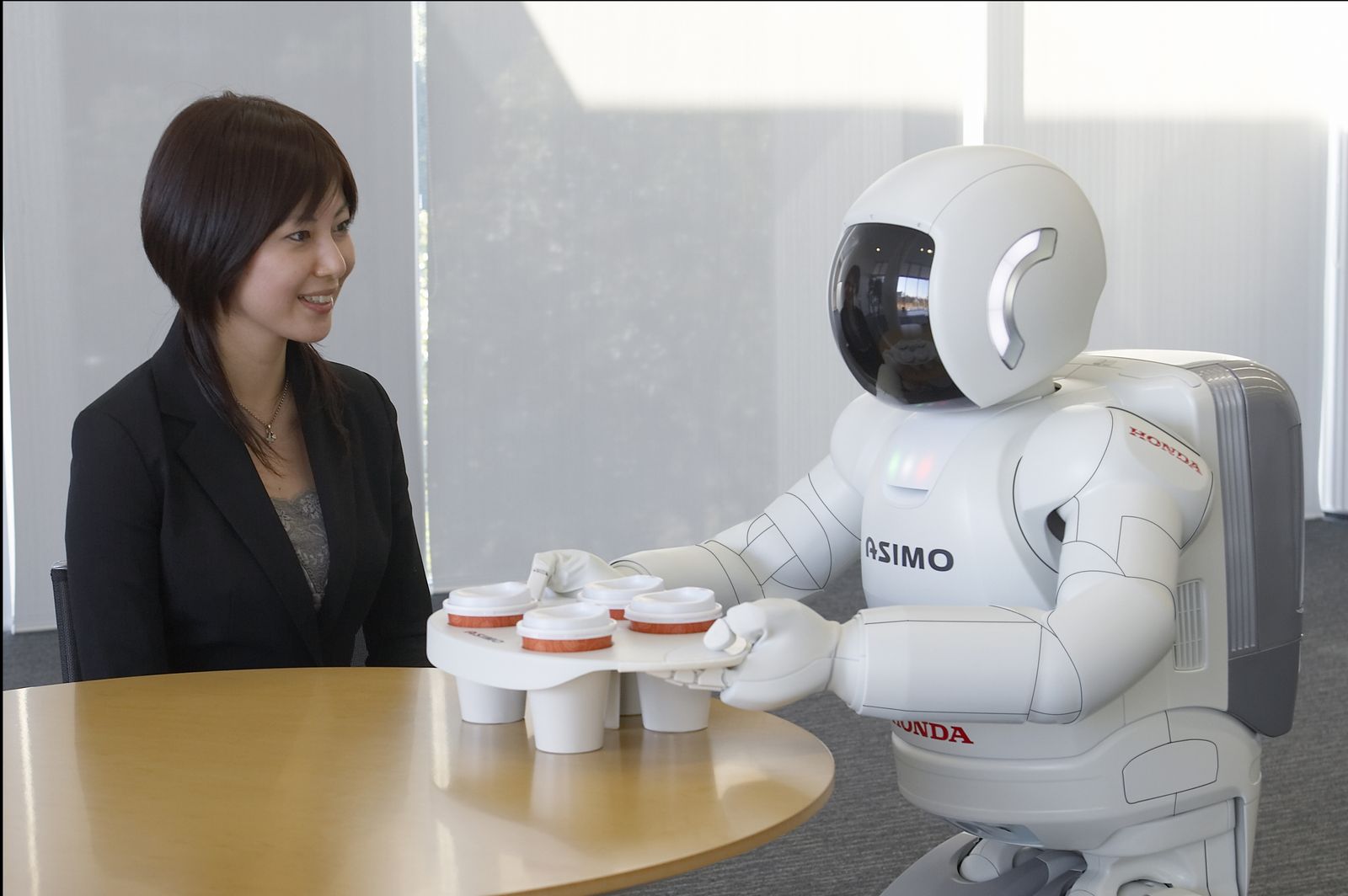 I’ve had another busy few weeks. The downside of being a one man show: if you’re busy, the site suffers. More to come, soon, I assure you. I’ve had birthdays for friends and relatives, preparing to file my taxes, not to mention recent illness and other bodily injury. But I’m bouncing back and will get back in the swing of things. To top that off, I’m may have aother project in the works, but we’ll see if I can get some assistance with it, first.