A few years ago, I bought a Super Game Boy on eBay. Certain sounds appeared to work, like hitting the L+R Buttons to bring up the menu, worked with no problem. But the games I played had no music or sounds!

Luckily, I found a forum that proposed an answer. I don’t have the electronics expertise to verify this myself (I only recently found someone who may attempt the fix for me), but several of the comments confirmed this to be a known issue and this was the correct solution! After a recent attempt to revisit the old forum, it turns out the domain has expired. I have posted the text of the solution in other places, but I wanted to archive the text as well as the image that was originally provided in the forum. See below for the fix! 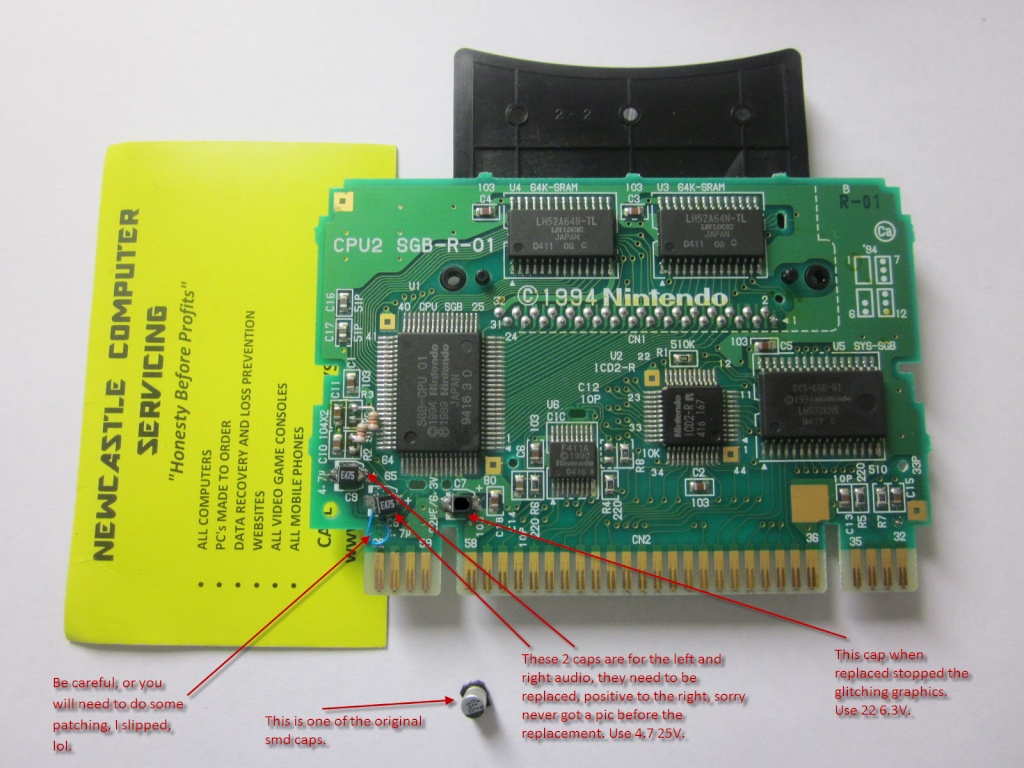 The author’s instructions indicate you should replace the two caps near each other with “4.7 25V” caps – and if you have a graphic glitching issues, you can replace the 3rd capacitor (just above pin 58) with a “22 6.3V” capacitor.

Ready to get your geek ALL THE WAY on for this holiday weekend (in the States)? Go to Wolfram|Alpha and type any of the following:

Leave a comment if you find more characters to draw!

We haven’t done an issue of BKAG in a LONG time, and it is obvious the questions are (and were intended to be, in 2008) very Xbox centric… but perhaps it is time to update them? Well, Akbip was a good sport and made the necessary modifcations to be out 35th installment of Better Know a Gamer! If you’re interested, you can Nominate a Gamer, or even yourself, all you need is an email address! So read on and learn about Akbip! END_OF_DOCUMENT_TOKEN_TO_BE_REPLACED 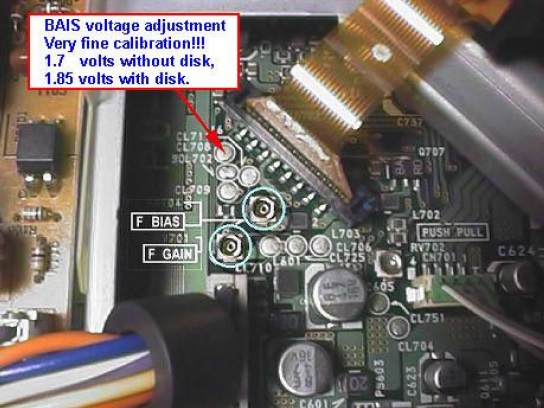 I recently picked up a PlayStation SCPH-1001 at a flea market. I heard a little rattle inside, so I talked the guy down to five bucks. I got it home, and sure enough it didn’t work. I scoured the internet and found some old links that were all dead on guides for repairing the consoles. Although I just recovered these guides and I haven’t had a chance to try them myself, forum goers of years past seemed to universally agree that these guides, originally hosted on cyber-mag.com, were some of the best. I’ve pulled them out from the good folks at Archive.org and made a few PDF’s of some of the most useful guides.