I recently had a user call me and explain that they couldn’t save to their offline files and folders when offline. Little did I know the can of worms we were going to open.

The troubleshooting rabbit hole involved finding out that you could, in fact, copy and paste documents in to those folders, however we couldn’t save PDF files from Adobe Reader by using the File/Save command. No error message appeared, they looked like they saved, but when you looked in the folder, the file would be missing. It was specific to Adobe Reader. Once I knew that, I had to dig further. 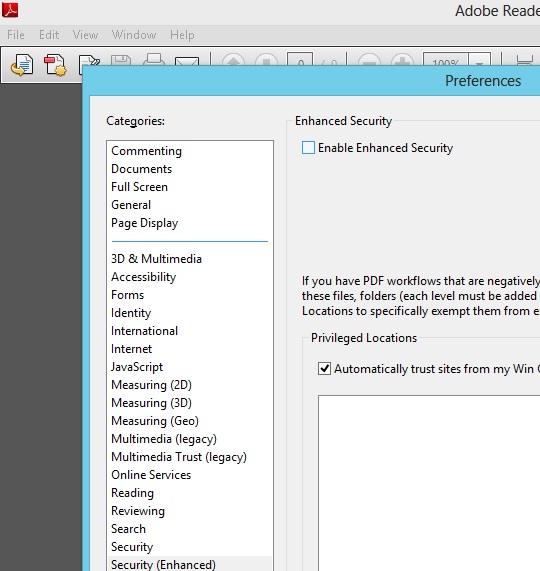 In the end, the problem was that Adobe Reader wouldn’t allow the user to save files in the Offline folder because it was sandboxed (an enhanced security mode which doesn’t allow Adobe Reader to react with other applications, in an attempt to prevent virus infected PDF files from infecting your whole system). To resolve this, close any open PDF documents, but open Adobe Reader. Click Edit, then Preferences. On the left click Security (Enhanced), then UNCHECK Enable Enhanced Security at the top of the Window, and click OK. Exit Adobe reader, then try again. It should work without a problem now! 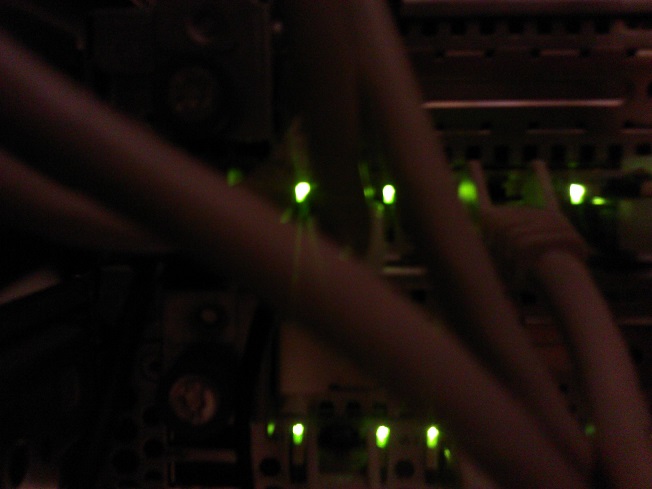 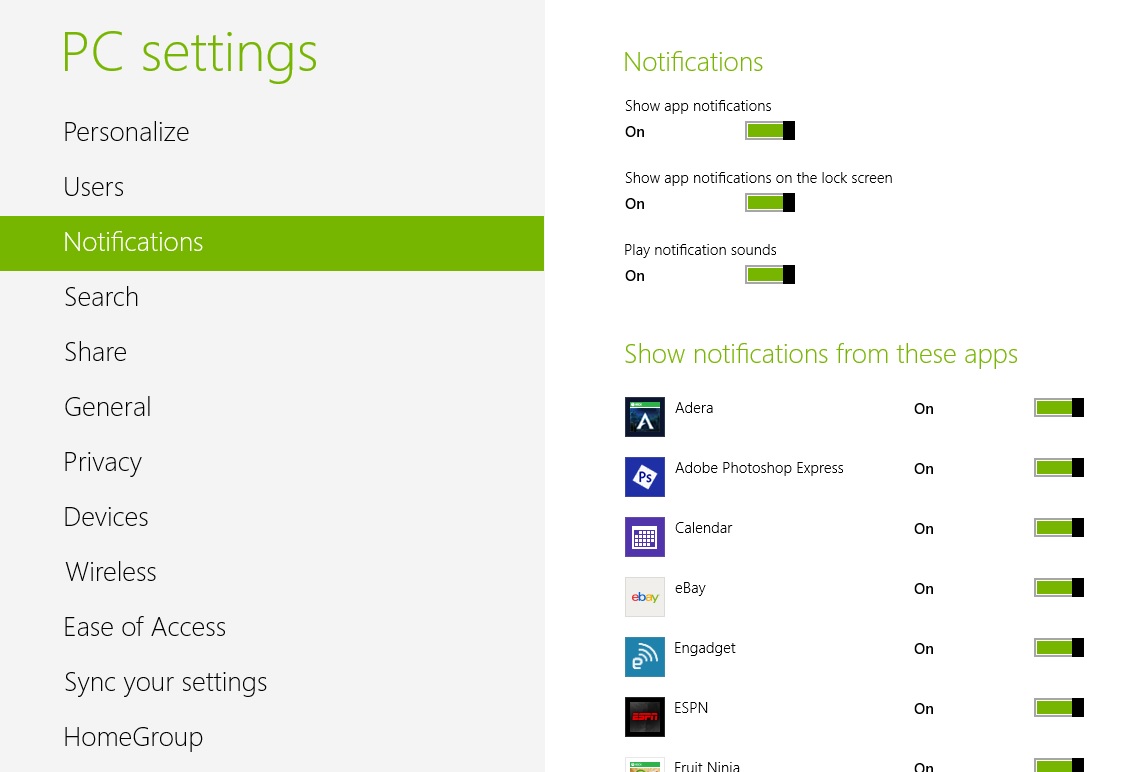 From the Start Screen, bring up the Charms Bar by placing the mouse in the upper or lower right corner of the screen – on a touch device, swipe in from the right edge toward the center of the screen. Then click the Settings gear icon, then Change PC Settings at the bottom. Click on Notifications on the left, then toggle notifications on or off – altogether, or app-by-app.