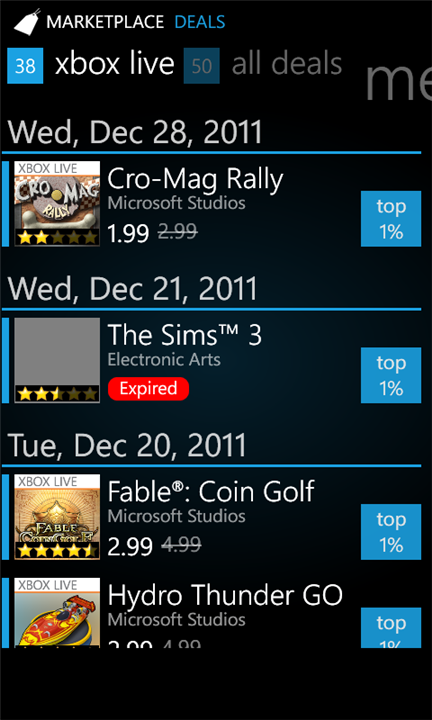 App stores are hard to navigate. And it’s even harder to figure out if you’re getting something at a good price. Don’t worry, there’s a free application for Windows Phone 7 that will help you make sure you don’t miss a good deal! Made by a Twitter-buddy of mine, ZaamIT, his recently released Marketplace Deals app will help you pinpoint what’s on sale, and how good of a deal you’re getting.

If you did miss a bargain, check the history – several apps see price fluxuations on a regular basis, perhaps you can see a pattern and see when that app you have your eye on might see a discount again.

Home Switcher for Froyo is a free app for your Android phone running Frozen Yogurt (Android 2.2) or above. It is an app that makes switching between two different Launcher programs very simple. 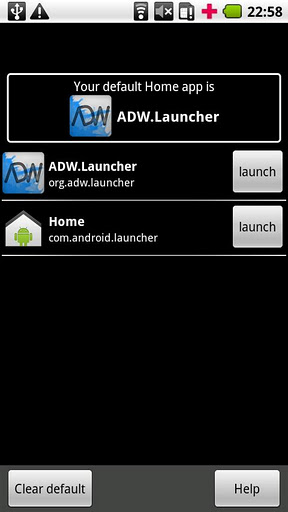 Launchers are the main interface for the Android operating system. It’s how you interact with your device. While most people will never switch away from the factory default launcher their phone comes with, there are still many people who love to play with different launchers. Some can make your phone look more like an iPhone, or Windows Phone 7. Some offer more customizability and themse, like ADW.Launcher, and some offer better performance, like LauncherPro. But sometimes when you’re just playing with a new launcher, or you’re trying to find out the best launcher for you, you need to switch back and forth between them. Home Switcher makes it very simple to do that, and I encourage anyone using multiple launchers to make sure they have this installed.

Even though “for Froyo” is in the name of the application, I have confirmed that it works up to Gingerbread 2.3.3. It most likely works with even newer versions of the Android Operating System, but I can personally confirm FroYo and Gingerbread are compatible with this application.

My entire life I’ve wished I could see radar weather images of where I was standing. And with the advent of smart phones, I thought I would have it. But alas, years have passed, and nothing like it had come along, until the “RAD Now!” app appeared on Windows Phone 7. 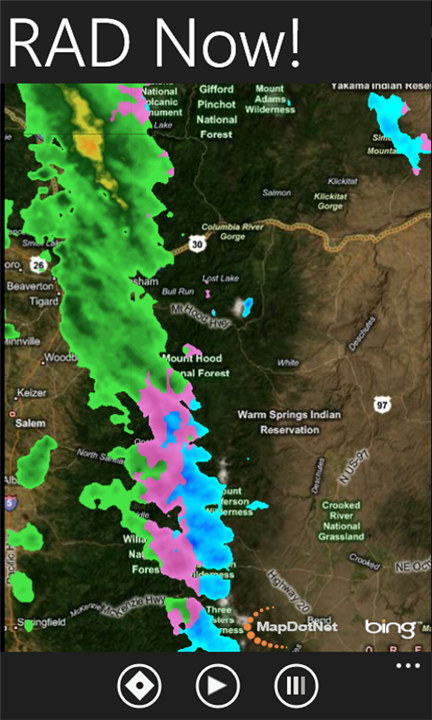 RAD Now! is available for FREE on the Marketplace, and has one specific purpose. Pinpoint your location, find you on a map, then show you composite images of what the the weather is doing in your area. Lots of apps will give you hour by hour weather projections, but nothing lets you know what’s actually coming your way than a good look at the radar. You can either look at just the latest radar image, or even put together an animation of the last hour. So go pick up RAD Now! in the Windows Phone 7 Marketplace.

Years ago, the term ‘MySpace Whore’ was invented, to describe the people who put pictures they’ve taken of themselves on MySpace. The pictures, generally speaking, were… we’ll say provocative. And almost all of them were taken by holding a camera or phone at arm’s length, and looking away from the camera, as if you had no idea you were about to take this picture of yourself.

While this program feels like it might have been a few years past the time when it was most needed, it’s not entirely uncommon that a person or group of people may want to take pictures of themselves. Maybe you’re somewhere where nobody else can take your picture, or you’re at a sporting event where people probably take the time to take your picture, etc… that’s where Big Camera Button comes in to play.

The app is very straight forward in concept. They’ve added features since the debut, but the primary function of Big Camera Button is to make it easier when taking pictures of yourself. Most Android phones don’t have a dedicated “camera” button. Taking a picture of yourself means holding your phone out, then touching ‘just the right spot’ on the screen while the phone is turned around and you can’t see what you’re touching. This can be frustrating. So download this handy little app and get yourself back to 2006!