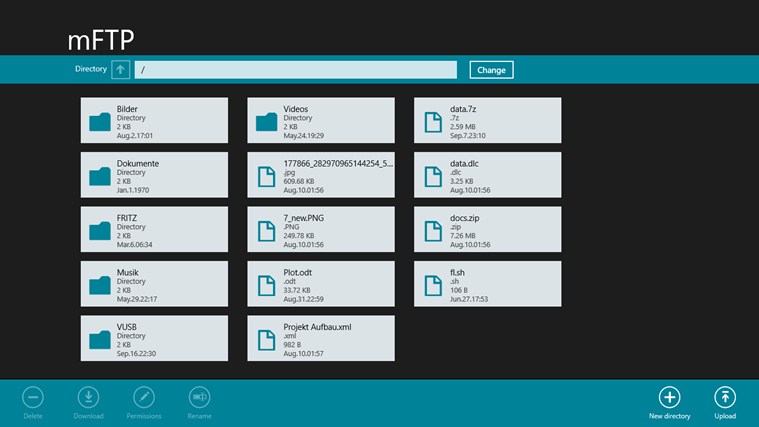 If you prefer a GUI for your FTP clients, you can open the file explorer (the folder icon in desktop mode) and enter ftp://servernme.com in the address bar. Also, a developer has released a free FTP program on the Windows 8 Store.

mFTP opens to a simple interface. You specify the server address, username, password, and port (21 is the default for most FTP servers). Once logged in you can browse through your folders. To upload a file, right click or swipe up from the bottom of the screen. Select upload, then choose your file. In the lower right, click “Open” to begin the upload. 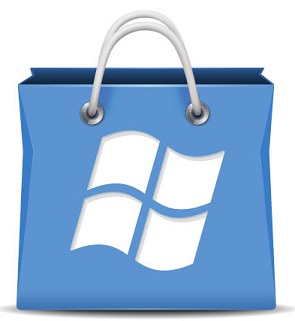 The Dingees are a band that I find not many people know, because they were relegated to “Christian Music” for a very long time. Evidently all that means is that they didn’t swear in their music, because apart from one reference to David and Goliath, most of the alum is your boilerplate punk and ska album.

I think that is what I like most about Armageddon Massive

. It doesn’t pretend to be much more than a first album from a band who was influenced by everything that was popular at the time. As soon as you play the CD, you are greeted by a punk music riff, and vocals clearly inspired by Billie Joe Armstrong (of Green Day).

The album the winds down a path of ska and reggae, taking a brief stop to hint at jazz and swing styles. What’s great is that the hooks may be simple, but they are so widely varied that you have to argue that the band has a range of talents. I haven’t heard it in years, and when I found my CD in my parents’ attic, it had been scratched to unfixable ends. So I recently bought another copy and have been enjoying it lately. I have never heard any albums from The Dingees other than Armageddon Massive

, but I also bought their others. Maybe I’ll have an update for you all once I listen to more, but from what I hear, this album was not their most popular – it just happens to be one I remember from years back!

I miss the simpler times, when the Nintendo was the Nintendo, and the Sega Genesis was just the Sega Genesis. Sure, the consoles were revised, but at least you didn’t have to worry about different specs. I was recently asked by someone if they should buy the 4GB or the 250GB Xbox 360. After thinking for a minute, I found it a surprisingly easy question to answer.

The question comes down to money. Not how much do you have, but how much do plan on spending long term? If you already have a collection of videos from the Zune Marketplace that perhaps you bought a while ago, maybe you’ll want the 250GB drive. If you plan to download your games from Xbox Live, rather than buying them at Gamestop or Target, then you’ll want the 250GB drive. But for most people the 4GB drive will suffice.

4GB is quite a small drive, but if you don’t plan on downloading games or movies, you’ll be fine. A 4GB Xbox 360 is still capable of streaming from services like YouTube and Netflix. To use those apps, you must download them to the hard drive, but 4GB is ample storage. You will also have room for your title updates as game patches are released. You won’t be able to download very many Xbox Live Arcade games, but at $5-$20 each, it is just as I mentioned above: how much do you want to spend long term? If you ever do change your mind? You can upgrade to an even bigger 320GB drive

for the same price as it would cost to buy the $250! I suspect the price drop to be permanent, although it is possible that the drive may return to it’s $130 price tag. Still, an upgrade later is always an option if you decide that 4GB is not enough for you, once you get a taste of all the offerings on Xbox Live!