Apps Gone Free is an app for iOS, which is extremely obvious. It highlights apps that have experienced recent price drops. It reminds me of AppShopper, but in this case they get nearly exclusive promotions. Obviously, the apps will be on the app store no matter what app you use to find them, but Apps Gone Free will often create partnership deals. Apps Gone Free works with developers to promote the application, through a ‘bumping’ process which, from what I gather, allows users to vote on apps they want to become free, so that the Apps Gone Free folks can work with other app developers.

It’s very convenient, and you can even scroll through several days worth of items that went free. Several of the deals may have expired and prices gone back up, but you can still what the deals were. And scrolling back is still worth it, because some items may stay at their reduced price for a few days. So go ahead and install Apps Gone Free for your iPhone or iPad and see what deal you can find!

Another one of Microsoft’s little messes. It’s the year 2013, and Microsoft is still so afraid of jumping head first into 64-bit computing that, by default, Office 2013 users who need to download their installer will download the 32-bit client. As if it’s impossible for Microsoft to run a script on the web page to identify what version of your OS is loaded on your computer? It’s just another one of those SNAFU’s that you get used to, I guess.

First you buy a license at a store like Best Buy, or Amazon

. Then you have a product key, nothing more. You have to enter your product key to download the software. But don’t start the download right away! After you click the “get started” button as pictured above, you need to look for (I wish I screenshot of this, sorry, I don’t have one right now) “Language and Install Options.” Then there will be another link that says “Additional Install Options.” There you will find your 64-bit installer.

So yesterday was St. Paddy’s day. The jukebox at your local bar cant hold another dollar, you’ve played every Flogging Molly and Dropkick Murphys song at least three times each. You’ve gone far enough to play a bunch of House of Pain songs. Enter Flatfoot 56.

Flatfoot 56 exists in a similar genre as our favorite Irish rockers. A hint of punk, and a dash of bagpipes makes for an enjoyable sound. They are also a Christian Rock band – which, I know, will imemediately turn some people off. But when 90% of people say “I don’t listen to the lyrics,” I don’t know why they suddenly do when it’s Christian music?? The complaint never made sense to me.

Anyway, the good news is the Flatfoot 56 isn’t one of those bands who wanted to jump on the bandwagon. The band formed in 2003. The first note of the first track of their first album begins with bagpipes. They knew what they wanted to be and went straight for it. The downside? After listening to Rumble Of 56

, The Sounds of the Midway EP, and Toil

, I haven’t found tracks that jumped out at me. The music is good… but none of it is great. Nothing made me go back and listen to that one song again, right away. With a lot of albums, I like to listen all the way through before hearing any song a second time. And that’s okay – but when a song really grabs your attention so much that you immediately want to hear it again? That’s a good sign. Nothing from Flatfoot 56 really had that.

So today’s recommendation comes with, honestly, a little bit of a “it might not wow you” warning, but that’s okay. The point is it’s something different, and still enjoyable. Give Flatfoot 56 a listen! You can start with their latest release, Toil 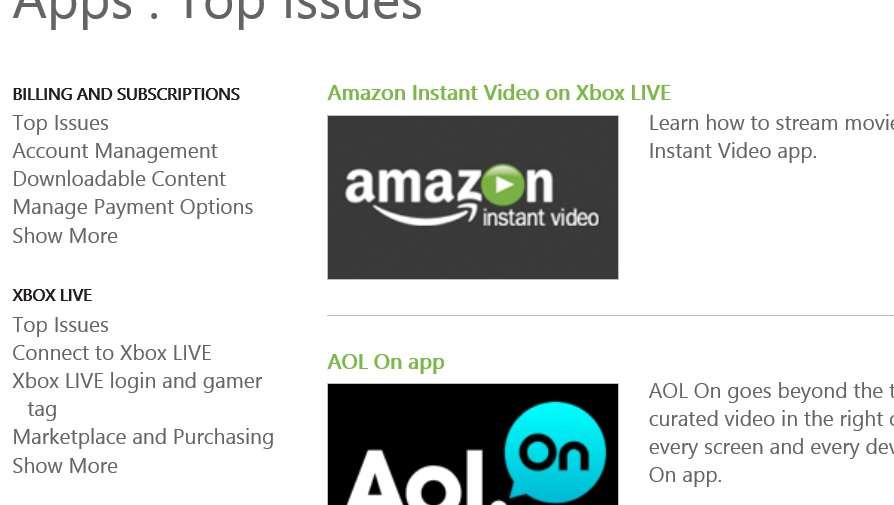 Some users are still getting used to having Apps on their Xbox 360. And occasionally you might run in to a bug or two. Microsoft has compiled a list of Top Issues and FAQ’s for apps on the Xbox 360. For instance, you can figure out what to do when you select the Netflix icon and nothing happens. You can get step-by-step instructions for deleting and reinstalling the app.