As I mentioned in last week’s gaming post, I have been trying to catch up on the Saint’s Row series. I’m only about a third of the way through the first game in the series and I’m thinking I may stop right there, at least for a while. Once I get back to it, I’ll then have to complete it’s sequel, and potentially the third entry in the trilogy. Speaking of trilogy, I need to start Assassin’s Creed: Revelations

to continue my trip through Desmond’s lineage, as I’ve already enjoyed Assassin’s Creed, ACII, and AC: Brotherhood. Then some Batman: Arkham City

, after I already had a late introduction to Arkham Asylum.

I find myself drawn more and more to those third person, open-world, “sandbox” games. A lot of fun can be had hopping from roof to roof, zip lining to a ledge, or just blowing up a car with a grenade and watching the people scatter in fear. These are video games. Senseless, fun, stress relieving forms of entertainment that allow you to live the fantasy life of a super hero. I never thought of myself of a fan of the Grand Theft Auto series, but GTAIV had so much buzz that I had to play it. When I was immersed in that giant map where you could do nearly anything you wanted, I was hooked.

Wash, rinse, repeat, and out came Red Dead Redemption – which I loved even more than Grand Theft Auto IV. I find myself anxious for GTAV, and for the next entry in the Red Dead saga, as well was excited to play the titles I’ve already mentioned from well established franchises. I’m usually late to the party, that’s the whole reason the backorder ever existed… but I’m looking forward to a few more sequels this year. Call the industry stagnant if you want, but I’m not necessarily looking for a new IP – each entry in the Grand Theft Auto Series is a unique story unto itself – each part of the Assassin’s Creed saga introduces you to a whole new cast of characters… you can call the industry stagnant, but I’m looking forward to this fall – and I need to catch up before it suddenly falls on me!

In the early days of the World Wide Web, advertising was non-existent. But it didn’t take long before friendly “link-exchanges” became massive money making advertising schemes. Pay to show your banner ad, to drive traffic, pay-per-click, it all became about getting money in to people’s hands. These days Google is among the biggest and best in the business. I even use Google Ads on my website, and some day hope I’ll get a little something out of it.

But unlike the early days of the internet, where not just your spam emails were about viagara, but every pop up ad on the internet was completely random and might’ve had something to do with your personal disfunction, your love of collecting fine china, or your need for better virus protection. Or, of course, how lucky you were to be the ten thousandth visitor to the website, of course! Everybody thought the birth of the targetted ad was a wonderful thing – finally, something I care about, people would think. People were much happier to see advertisements for movie tickets, or a certain book, or that model of car they’ve had their eye on; it was better than more purple pills and lucky lotteries!

Before long that honeymoon was over, though, and people were suspicious of the advertisers. They know too much. If you really want to be paranoid, you can believe that. I don’t use things like AdBlock Plus because I really think that the few pennies a day that goes to lowly bloggers like myself is a nice gesture (made 3 cents yesterday!). But do I think it’s wrong that Google knows I shopped for a Clear mobile hotspot? No.

What, then, is the problem? It’s how bad that advertising is. It doesn’t work for impulsive people, and it’s really bad for families with multiple people sharing a computer. I was impulsive, and purchased that Clear hotspot. Several weeks ago. But I am still getting ads for it, on every website I visit! Am I reading something on Slashdot? Clear. Gaming news over at Joystiq? Clear. Wedding gifts for friends? Clear.

The perfect example presented it to me when I was previewing this article before publishing it:

How much is clear paying to advertise their product to someone who already bought it? And why can’t I tell the system that I own this item? And where were those ads when I was thinking about purchasing it? They didn’t exist. I bought it on a whim. It doesn’t work for impulsive people! The act is done, it’s in the past, quit reminding me that I should do it, because I already did it.

I don’t have a true solution to the problem, but the ability to click ‘beneath’ an ad and opt-out of certain types of ads, or ads for certain brands, or even provide feedback and say “yes, your advertisement made me purchase this item” would be nice. But once I have the product, and have been using it for two months, you should know when to stop wasting your advertiser’s dollar, because they’re not getting their money’s worth from you, the ad-agency. 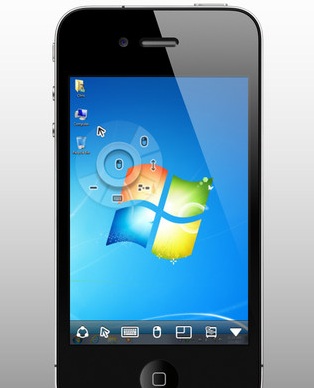 If you’re an IT Professional, or just a big geek like me, sometimes you have a need to use Remote Desktop Protocol, or RDP. It can allow you to connect remotely to your Windows desktop computer. Although the overall goal is the same, managing multiple desktops can be difficult, and the features of various RDP apps on the iPad can make a break the usability of a Remote Desktop app. Some features you just need. Although there are lots of alternative solutions, like LogMeIn and TeamViewer, which don’t actually use RDP, if you’re a purist who wants to use the protocol, then here are a few of the best I have found, specifically on iPad – although their Android counterparts are nothing to scoff at either!

PocketCloud (you can use it with a desktop companion app, bypassing regular RDP, if you really want to – but it also supports regular RDP, which is how I use it). If you are willing to spend the money, the Pro version is even nicer and can manage more connections.
Free: http://itunes.apple.com/us/app/pocketcloud-remote-desktop/id398798399?mt=8
Pro: http://itunes.apple.com/us/app/pocketcloud-remote-desktop/id326512817?mt=8

My number 2 app is just called RDP, from Mocha. The free version lets you add more computers, but DOESN’T allow you to right click, drag, or have access to certain keys, unless you upgrade to the Pro version.
Free: http://itunes.apple.com/za/app/remote-desktop-lite-rdp/id288362576?mt=8
Pro: http://itunes.apple.com/us/app/remote-desktop-rdp/id288362053?mt=8