App Wednesdays call for highlighting an App for your mobile device. This week is a short post, not much to review, but it goes along with one of my final posts for my previous website, WinBreak.com. The post was for parents, regarding parental controls on consoles. In my previous blog post, A Parents’ Guide to Gaming, we discussed game ratings and how important it is to take them seriously.

It’s important to remember that the The Entertainment Software Rating Board (ESRB) is an entity which is responsible only unto itself for rating games: it is not government run, and has existed for nearly two decades. It has done what many consider to be an impecible job of creating a rating system, but really getting the entire games industry to voluntarily take part in it. This gives the ESRB real power, and the ratings should be given serious weight.

But what if you haven’t been much of a gamer yourself, but you’re with someone (your own child, a neice or nephew) who is begging you for that new game. You’re in the store, it could be an impulse by, but should you? Well, now there’s an easy way to decide if the game is right for the child’s age group:

The ESRB has an app. Get it. And use it.
Android
Windows Phone 7
iPod Touch / iPhone / iPad

Whether I try to use Bing.com, Xbox.com, or several other legitimate websites, I keep having problems with Internet Explorer crashing out. I’m sure I have my Windows Updates, so what is going on?

I had this problem on my work computer just a few months ago. And even though I was certain I had my updates, and had even went from IE8 to IE9 trying to resolve the issue, I still had problems with my browser crashing on many of Microsoft’s own websites. Why? Simple.

I was missing Silverlight. Trust me, I genuinely thought I already had it installed, but until I went to the Silverlight website and installed it, my problems continued. Silverlight was and is Microsoft’s tool to compete with Flash. HTML5 really seems to be taking over, and will continue to grow as the HTML standard improves. Upgrading to Internet Explorer 9 seemed to resolve my issues with Bing, but I still couldn’t use Xbox.com to save my life. I realized that despite my having been through the Windows Update process about a million times, I had missed something and simply needed to install Silverlight. A few short seconds later and all of my brower crashing problems were solved!

Why didn’t you have the problem all the time? Also an easy answer: Silverlight isn’t as ubiquitous as flash – so I only really noticed a problem on sites that used it the most. Where would you find those? Microsoft’s own sites, of course! Installing the Silverlight plugin resolved my issues, and I hope it fixes yours!

is the new album from I Fight Dragons, and it is everything I had hoped it would be. I don’t even think I can put in to words how quickly I became hooked on this album. I downloaded it from their website almost as soon as it became available. And for weeks before that, I enjoyed the music video they released for the album’s first single, “The Geeks Will Inherit the Earth.” You can find it on their website, or stay tuned for our next video of the week!

In what I can best describe as “what Weezer would’ve sounded like if they knew how,” Kaboom! really takes the band from a chiptune group of geeks to a mainstream band with an appeal to the niche geek audience. I could hear this being on the radio, and frankly, I hope it makes it. It’s probably never going to be top 40, but I want it to be. And I think that if anybody stands a chance, more than Frontalot, more than MC Chris, it’s I Fight Dragons, and their opportunity be on the 2012 Vans Warped Tour.

Listen to them now, so you don’t have to hear the “I told ya so” from me later. 😉 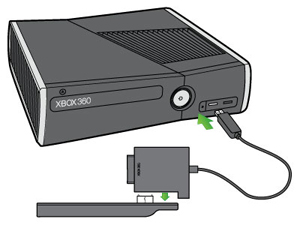